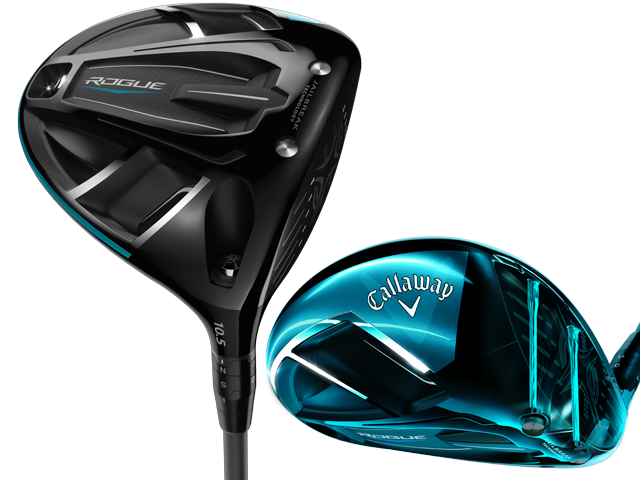 For the 2017 season Callaway Golf hit the market with the Great Big Bertha Epic featuring the unique Jailbreak technology and it quickly took over the number one spot in sales. Building on that success in 2018 Callaway’s new Rogue model shares—Callaway says improves—Epic’s technical breakthrough.

For the first time in Epic a driver was constructed with rods linking the sole and crown. Called Jailbreak technology, the rods reduce flexing of the crown when the club meets the ball and the energy usually lost is redirected to the face to produce more ball speed and more distance.

The Rogue driver ($500) has Jailbreak rods but now they are hourglass shaped, thinner and lighter saving weight which was relocated to decrease shot dispersion. Callaway points out there’s also more distance potential with increased forgiveness and the Rogue has their variable thickness face design called X-Face. Completing the package is a lightweight carbon fiber crown with the Speed Step configuration developed in conjunction with Boeing to reduce aerodynamic drag on the downswing for more clubhead speed.

The adjustable-hosel Rogue driver comes in three variations: Standard, Draw and Sub Zero. The Draw model has weight moved closer to the heel to compensate for the typical outside-to-in swing shape of those who slice and the Sub Zero is targeted for players needing a driver delivering lower spin…as much as 300 rpm lower than the Standard. 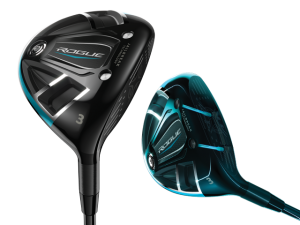 Rogue fairway woods ($300) are similar in construction and significantly Jailbreak rods have been added with the cup face construction Callaway has used in the past and as a side note, Callaway also figured out how to put the rods into Rogue hybrids. The fairway woods make use of a carbon fiber crown with a Speed Step to improve air flow. In addition to the standard Rogue fairway wood there’s also a Sub Zero model which has a 5-gram weight screw that moves the center of gravity forward to produce a more penetrating ball flight.

The purpose of taking the Rogue Sub Zero driver and Rogue Sub Zero fairway woods to the course was to find how they did with the variety of conditions encountered over ten rounds on different courses, certainly a different approach than simply standing on the range and banging out ball after ball.

On the course it was easy to see why both have been so quickly accepted by touring professionals and recreational players alike. Over the ten rounds playing the Callaway Chrome Soft X ball plus, at times, two other premium category balls there was no question the Rogue Sub Zero driver distance was longer compared with last year’s GBB Epic but what was also apparent was the lower amount of dispersion. My “good” swings produce a medium trajectory draw that can become a pull-hook or a block to the right if I’m not paying attention. The ball flight of the Rogue Sub-Zero was just where I like it, but the amount of right to left movement was less and the ball often went straight, both shots being very playable.

However, the Rogue Sub Zero fairway wood (15-degrees loft) unquestionably produced more yardage than my two-year old 3-wood from another manufacturer as measured both by a GPS app on my smartphone and by judging locations from previous times playing the course. My approximation was the Rogue Sub Zero easily produced 10 yards of additional carry…and maybe even more than that, with about the same amount curvature but a higher launch.

During the year many of the new drivers and fairway woods will be reviewed with some becoming part of this series “Ten Rounds With…” There is no question any player ready for a new driver or fairway wood should put the Rogues from Callaway on their short list for testing with a professional fitter. They are that good.