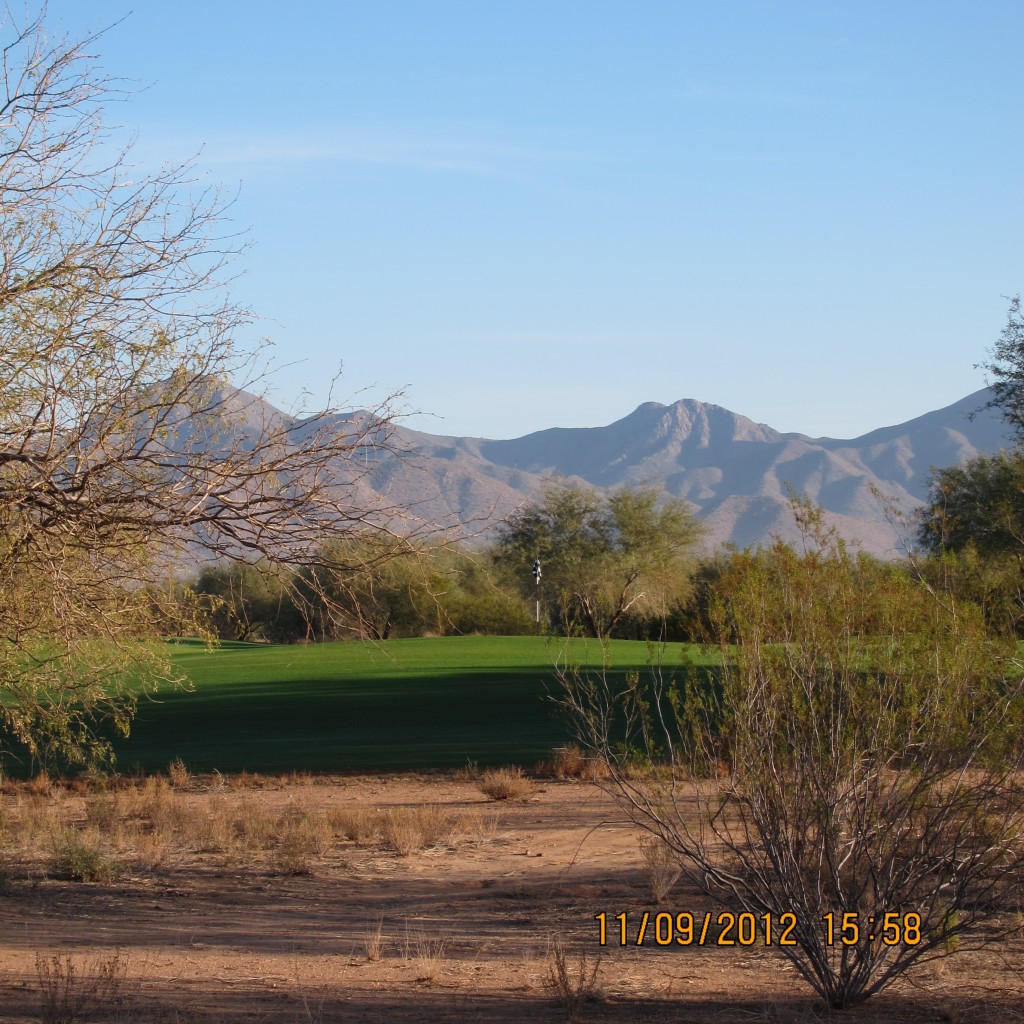 Precipitous changes in elevation take place in mesmerizing distant perspectives, as the flat desert floor forms the palette for architects Coore and Crenshaw.

The North Course at Talking Stick Golf Club proved an apt follow-up to The Phoenician. Whereas the latter is all pronounced contours within the comparatively compact footprint of the tony resort, the North Course has subtle breaks on a mostly flat site. The drama is in the views of distant mountains rising from vast expanses of realty-free desert.

Designed by Coore and Crenshaw, opened in 1998 and now managed by Troon Golf, it’s a par 70, 7,133 yards from the back tees, rated at 73.8 and slope 125. In general, the layout is reasonably self-evident, with large, sometimes enormous landing areas, both features suited to the traffic from the resort.

The idea of turfing desert terrain can evince ambivalence in a guy from back east, but I’m warming to the concept. The North Course is in superb condition from tee to green and, due to recent maintenance, the putting surfaces are smooth but extremely firm, which makes bouncing the ball into them the preferred approach. Scruffy grassland vegetation and bunkering complement the mostly manicured topography and, surrounded on all sides by the desert, deliver the advertised “seclusion within an urban environment.”

Our round at Talking Stick – the name refers to an artifact used by the Pima Indian Tribe to mark significant dates on the calendar – includes a special guest appearance. Chad Pfeifer is a veteran who my colleague Jeff Wallach and I met in Ireland recently. I’ve written about him before, though his game – playing on a prosthetic left leg, thanks to an improvised explosive device encounter in Iraq – is more astonishing each time we’ve teed it up together. 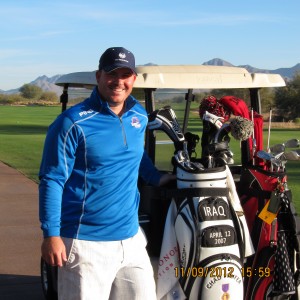 Chad Pfeifer. The date on his bag refers to his "Alive Day," the term disabled veterans apply to the annual observance commemorating their injuries and subsequent survival; the day after which, as one serviceman put it, "you really have no business being alive. Which makes being alive even better."

Formerly a college baseball player, Chad, who lives in Goodyear, Arizona, is the reigning, two-time Armed Forces wounded warriors champion. It’s not surprising given his athleticism but still a formidable achievement in a short time, as he took the game up as part of his injury rehabilitation program. He’s currently a 2 handicap and plans to become a PGA professional, undoubtedly a good bet.

(I feel impelled to mention that the trip to Ireland was sponsored by Golf Digest Irish Tours, with logistical support from the Salute Military Golf Association. In addition to the profile of Chad, I’ll be talking about other wounded warriors in future installments on my site.)

Also not surprising given his successes in competitive golf, Chad seems to radiate equanimity, if that’s not an oxymoron. Almost as remarkable as his game is how quickly we effectively forget the prosthetic leg part. This reoccurred to me as I posted the above photo, which I shot during our round at Talking Stick.

A brief glimpse of Talking Stick’s South Course, also a Coore and Crenshaw design dating to 1998, confirmed its reputation as more a pseudo-parkland track lined by trees. The dimensions – 6,833 yards, but par 71 – sound less daunting, though the 129 slope and 72.7 course rating make it ambiguous.