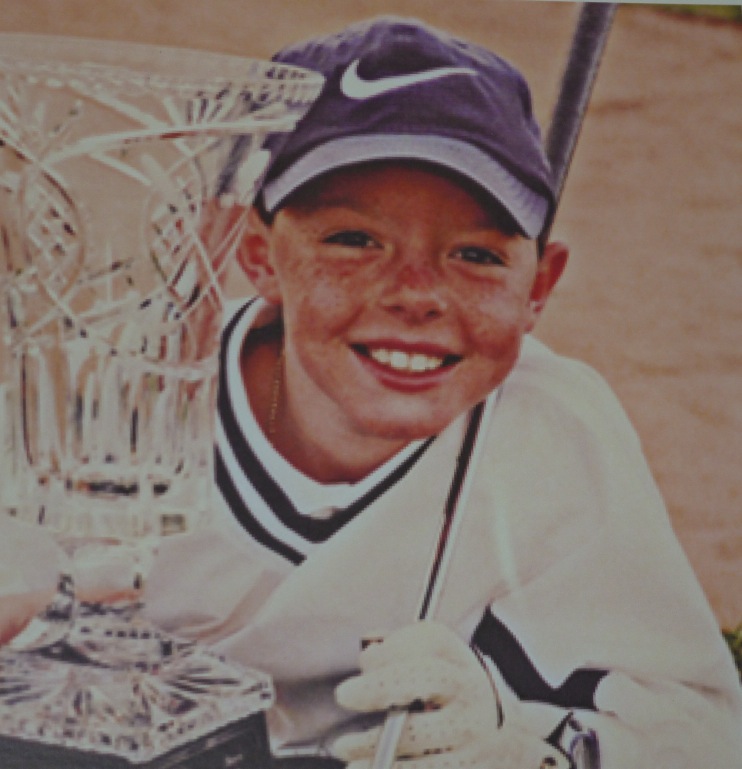 A young Rory at Hollywood

Recent triumphs have skyrocketed Northern Ireland to super-star status in the world of golf, aided in no small part by the trio of golf champions born and bred there. Rory McIlroy just took the 2014 Open in at Royal Liverpool. It was McIlroy’s third career major. He has also won a PGA Championship and a U.S. Open. At 25, McIlroy is the third youngest to win three majors after Tiger Woods and Jack Nicklaus. Fellow Irishmen Graeme McDowell won the US Open in 2010 and Darren Clarke walked off with the Open trophy in 2011. These three chaps have become ambassadors, not only for the game but also for their homeland where golf reigns supreme.

I recently headed over to the Emerald Isle to check out its fairways, from the “jewels in the crown,” Royal County Down and Royal Portrush, both regularly ranked in the world’s top 20, to some of the lesser-known tracts where Rory, Darren and Graeme honed their games.

The Dunluce Links at Royal Portrush, though generally considered easier than Royal County Down, is certainly no walk in the park. This is Darren Clarke’s home course. It’s also where Rory McIlroy shot a record-breaking 61 in 2005 during his amateur years. His scorecard is on display in the clubhouse.

The course, re-designed in 1947 by H.S. Colt, was the first host to the Open Championship held in Ireland. You won’t likely forget the notorious par-three Calamity Corner, with its green perched precariously at the edge of a cliff and requiring a carry over an enormous ravine.

Just west of the Royal Portrush, the Strand Course at Portstewart Golf Club is a classic links layout with most of the holes playing atop dunes above the Antrim Coast.

Portrush and Portstewart are quintessential links and that’s what most North Americans want to play in Ireland. But sometimes even single handicappers need to give their egos a boost by hitting some gentler parkland courses. 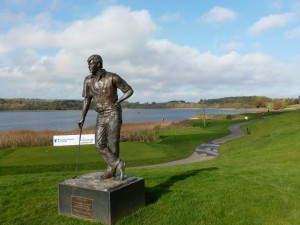 One of the best modern parkland designs is Lough Erne Resort by Sir Nick Faldo, whose statue overlooks at the first fairway. Located on a spectacular peninsula between two loughs, it’s no surprise that water comes into play on 11 holes. McIlroy, who was Lough Erne’s Touring Professional, set the course record here of 68.

Creature comforts at the hotel, the first five-star in Northern Ireland, include a Thai spa, sumptuous rooms and a terrific array of restaurants and bars. However, if you want to experience a one-of-a-kind pub in the woods, ask golf director, Lynn McCool, for directions to The Ceili House. As the Guinness slides down and the dance floor revs up, owner Tom McGowan might make an appearance dressed as a leprechaun and you might find McCool herself strumming her bodhran drum. 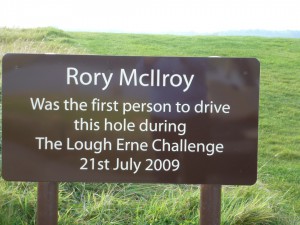 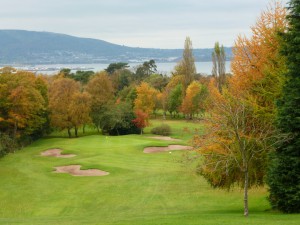 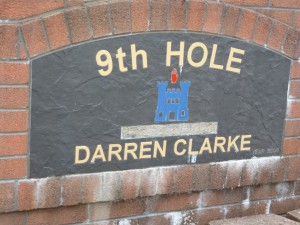 For a bargain round (£20) on the parkland course where Darren Clarke learned to play, head to the Dungannon Golf Club.  Founded in 1890, it’s one of the original clubs of the Golfing Union of Ireland. Clarke, now an Honorary Life Member, officially opened the new clubhouse back in 2000 along with the tricky signature 9th hole that he designed for the occasion.  It features a narrow crescent-shaped green completely protected by a pond.

If you’re keen to play where Rory learned to pound the ball, head to Holywood with views of Belfast Lough and the famous yellow cranes, named Sampson and Goliath. The front nine is a pleasant warm-up for precipitous back half. The modern clubhouse is full of McIlroy memorabilia.

“Holywood was a great course for me to learn the game on,” said McIlroy. “It helps you to learn to shape your shots and places emphasis on your short game through the variety of different shots encountered. I have no doubt that the course helped me to become the golfer I am today. ”

Although neither Holywood nor Dungannon will knock your socks off, they will restore your confidence to tackle Royal County Down, Ireland’s best course and one of the world’s top 100.

However, at Royal County Down prepare to meet the beauty and the beast.

“It’s one of those rare courses where you could feel a perfect handshake between the hand that created the land and the hand that shaped into a golf course,” wrote Tom Coyne, author of A Course Called Ireland. Narrow ribbons of fairways wind their way through daunting sand dunes surrounded by beautiful, yet penal gorse and heather.

Northern Ireland’s crown jewel was originally laid out in 1898 by the legendary Old Tom Morris from St. Andrews. The parsimonious Country Down Committee commissioned Old Tom to travel from Scotland “for a sum not to exceed £4” to advise on a second nine holes.”

Since this is a bucket list course for many, I suggest you shell out £45 for a senior caddie. Most are crafty characters who can help you navigate the slick greens, blind tee shots and idiosyncrasies.

For many, hole number nine is golf ecstasy requiring you to drive your ball over a high hill covered in gorse down to the fairway eighty yards below. Royal County Down can be exhilarating or excruciating, but you’ll never forget it.