The late Stanley Thompson was the greatest golf course architect that Canada ever produced. Between 1920 and 1953 he designed or remodeled 145 courses from coast to coast. Some of his most famous, consistently rated in the country’s top ten, include Highlands Links in Cape Breton and Banff Springs in the Rockies—the first tract in the world to cost more than a million dollars to construct back in 1928

Thompson’s genius was in refusing to impose a course on its setting. He only moved trees and rocks if it was essential because he believed in preserving the natural beauty of the landscape. As a result his courses unfold in sublime harmony with Mother Nature.

Just as his golf courses are unforgettable, so was Mr. Thompson. A newspaper reporter once described him as, “a craftsman, entertainer, character and artist all combined into a bouncing bundle of dynamic energy—a fabulous little gentleman with a red face, a spike-pointed cane seat, and a slightly diabolical sense of humour.”

Known as the “Toronto Terror,” the florid-faced Thompson had a proclivity for fancy cars, thick steaks, fine cigars and Canadian rye whisky. Fortunately, this larger-than-life “Terror” left his mark on several courses in the Lake Simcoe area. Although Thompson’s courses meander over a vast range of terrain from the Rocky Mountains to the Cape Breton Highlands to the shores of Lake Simcoe, all share Thompson’s philosophy of design. He believed that courses should be pleasurable to play by golfers of a wide range of ability, and should not be designed for the scratch golfer. His key rules were: do not congest opening holes; no surfeit of penal holes; let nature have its way; design for players who can’t break 100 as well as those pursuing eagles; lay out a well-designed course; cut the costs of maintaining it.

Last summer I tossed my clubs into the trunk and headed to the Lake Simcoe area to see if the Toronto Terror had practiced what he preached. I am happy to say that the three courses I played passed muster. In spades! 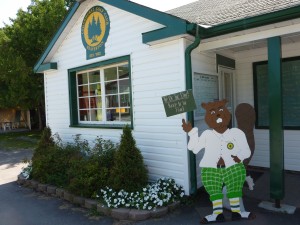 Cedarhurst opened in 1922 as a three-hole tract (holes five, six and seven on today’s 6200-yard, par-70 course).  General manager and head pro, Doug White tells me that an old farmer’s silo was the first clubhouse and sheep did most of the manicuring. Stanley Thompson was hired to create the front nine in 1926 for the princely sum of $200. Bert Turcotte designed the back nine in 1964. The result is a delightfully schizophrenic course offering plenty of variety and challenge. The front nine features rolling narrow fairways and postage-stamp greens, while the back nine is much longer and wider but with plenty of water and large sloped greens. The course gets its name from the ancient cedars lining the fairways.

I was lucky to play with longtime members, John and Lynn Barrett who gave me some tips on how to avoid the pesky creek that zigzags all over the course, requiring lots of carries from tee to green. The signature hole is a 243-yard par-three with a tiny green guarded by trees. Par this one and you’ll be a happy golfer.

Cedarhurst is a semi-private club that prides itself on a friendly atmosphere where competitive golf can still be played in four hours for very reasonable rates. It’s also justifiably proud of a long tradition, dating back to the 1950s, of a junior program that teaches not only swing essentials but also the rules and etiquette of the game. 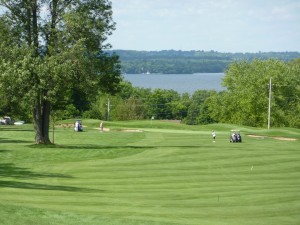 Overlooking Cooks Bay on Lake Simcoe, Orchard Beach, designed by Stanley Thompson in 1926 has an illustrious history. Conn Smythe was a founding member and two-time club champion in the 1930s.  General manager and head professional Corey Helm tells me that the Toronto Maple Leafs’ owner shook hands with Foster Hewitt on the sixth hole to consummate an agreement that launched “Hockey Night in Canada.” You can still admire the silver Conn Smythe trophy in the clubhouse today. Bob Hope and Tony Bennett both rented cottages in the Keswick area and took a swing at Orchard Beach. The local caddies loved shouldering the bag for Bennett as he was a big tipper.

The members with whom I played told me that the course was “a bit of a cow pasture” until 1972 when it was given a “facelift.” Today, it’s a well-kept par-72, 6100-yard semi-private gem with attractive flowerbeds and undulating fairways. Golfers play the nine holes twice from two sets of tee blocks. The original Stanley Thompson greens are slick and tricky. Number nine, aptly named Grandview, is a gorgeous downhill par-four with sensational views of Cooks Bay from the elevated tees. 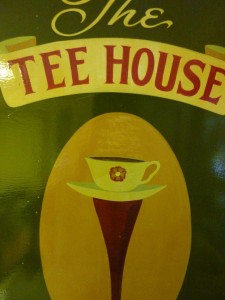 Vintage poster from The Briars archives

Home base for my Simcoe swing was The Briars, a welcoming resort run by the generations of the Sibbald family who acquired property in 1878. It was on a morning tour with The Briars’ historian and archivist, Diana Rowney, when I discovered how the golf course came to be. It seems that circa 1920 Jack Sibbald found a stash of papers written in Chinese under a window seat. They turned out to be valid stock certificates worth about $100,000, part of which went towards hiring Stanley Thompson and building The Briars Golf Club.  The first nine holes opened in 1922. Later, in 1971, Thompson’s able disciple and apprentice Robbie Robinson created the back nine. In the years following, architect Doug Carrick, who apprenticed for Robinson, and his team made some alterations. Perhaps it’s because of this seemingly seamless series of designers that The Briars has retained the traditional style of a Scottish woodlands course. You can take a cart but it’s really a joy to walk the 6300 yards of meticulously manicured fairways and greens of this private course with playing privileges for resort guests.

Apart from attracting top-notch course architects, The Briars has also hosted its fair share of Canadian literary icons. Mazo de la Roche wrote part of the Jalna series from Birdie Cottage between 1955 and 1961. Stephen Leacock grew up in the area and was great friends of the Sibbalds. But it was the late, great Peter Gzowski, host of the CBC “Morningside” program who put The Briars Golf Club on the literary map.

Gzowski was an avid golfer who owned a cottage along the first fairway. What began as an idea to raise money for literacy, that Gzowski penned on a scotch-stained cocktail napkin, became the Peter Gzowski Invitational (PGI). 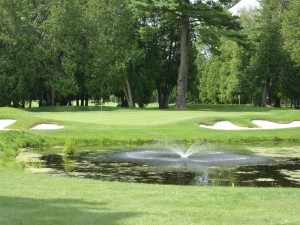 The first ball was struck on June 5, 1986 and over the years millions of dollars have been donated to Frontier College. Montreal goaltender Ken Dryden, musicians Murray McLauchlan, Hagood Hardy and Tom Cochrane all took swings in the aim of spreading literacy. Authors June Callwood, Timothy Findlay and W.O. Mitchell gave readings at the annual barbecue held the evening before the tournament in the Red Barn, Canada’s oldest summer theatre that, sad to say, burned down recently.

No doubt Stanley Thompson would commend that pledge that Gzowski scribbled on that Scotch-stained napkin and no doubt he’d be happy to know that his masterpiece along Hedge Road would bring so much joy to golfers and help to those who want to learn to read and write.

For more information about the Stanley Thompson Society, visit