Architect Martin Hawtree has been hired by the St. Andrews Links Trust to make alterations to the Old Course in St. Andrews, Scotland ahead of the 2015 Open Championship. Work includes enlarging the Road Hole Bunker, adding a bunker to the 9th fairway and lowering the back of the 11th green.

According to the Links 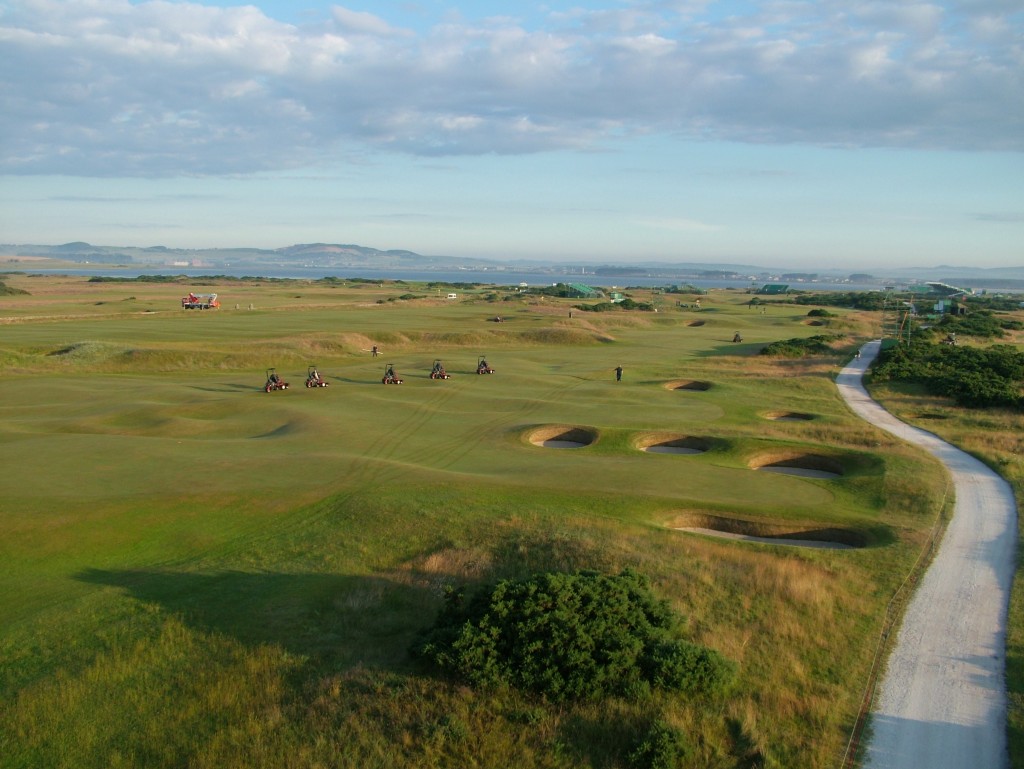 Trust press release, Hawtree’s suggestions were agreed upon by the St. Andrews Links Trustees, the Links Management Committee and the Royal and Ancient Championship Committee.

“The work will widen the Road Bunker on the 17th hole by half a metre at the right hand side and recontour a small portion of the front of the green to enable it to gather more approach shots landing in that area.

“A new bunker will be created on the right of the 3rd fairway and another on the left of the 9th fairway 20 yards short of the green. Bunkers will be repositioned closer to the right edge of the 2nd green and the right of the 4th green. A portion of the back left of the 11th green will be lowered to create more hole location options.”

Peter Dawson, Chief Executive of The R&A, said, the modifications are being made so that the Old Course presents a stiffer challenge to professional golfers.

“We have considered the challenge presented to the world’s top golfers by each of The Open Championship venues and carried out a programme of improvements over the last ten years. While some holes have been lengthened on the Old Course in recent years it has otherwise remained largely unaltered. The Championship Committee felt there was an opportunity to stiffen its defences in some places to ensure it remains as challenging as ever to the professionals. The proposals from Martin Hawtree should place more of a premium on accuracy and ball control while retaining the spirit and character of the Old Course.”

On the 7th, the large depression in the landing area of the fairway will be filled in and a slight mound created. The area to the right of the green will be remodelled to create more undulations.

On the 11th, the back left portion of the green will be lowered to create more hole location options.

On the 17th, the Road Bunker will be widened by half a metre at the right hand side and a small portion of the front of the green will be recontoured to enable it to gather more approach shots landing in that area.

On the 6th, the ground to the right of the green will be recontoured.

On the 9th, a fairway bunker will be added short and left of the green, about 25 yards to the left and diagonally towards the green from the last bunker on the right of the fairway.

On the 15th, the ground to the back right of the green will be recontoured to create more undulations.