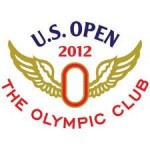 After years of leveling complaints at the USGA over various issues and polices. I have to tip my cap to them for what they did at The Olympic Club for this year’s US Open. First, there was no question that the venue picked was great. The Lake course lived up to what most people thought…it would play very difficult. As far as playing “fair,” that could be argued by some, but the overall feeling from both spectators and the players was that it was a “true test of golf.”

The golf course I thought was set up to really challenge the players. Narrow fairways, well-placed bunkers and greens that are difficult on a day-by-day basis. The mixture of rough was fantastic. The look of the rough was fantastic….mixed colors of brown, yellow, green with lies that were totally unpredictable. The look was one of something way away from being manicured, and as Mike Davis said, “Rough should not be even.” I had predicted that the winning score would be no more then 1-2 under par. Came close but no cigar.

I also like the new implementation of the top 60 players and ties instead of the usual 10-shot rule. I think it kept players more in the game and we benefited from having a later television time as did the players benefit from later tee times. It was good for television overall and good for the viewer as they could return home after playing golf – as I did – and still catch most of the tournament. A lot of the pre-tournament favorites did not make the cut, but the players who did get to play the weekend will have some memories – good or bad – of The Olympic Club. I could only imagine that if the weather was somewhat bad…cold, wind, rain…this golf course would have inflicted mental injuries to a lot of players. In stead of singing the Tony Bennett hit “I left my heart in San Francisco,” it woulds have been “I left my clubs in San Francisco…in the bay!”
Dennis Silvers