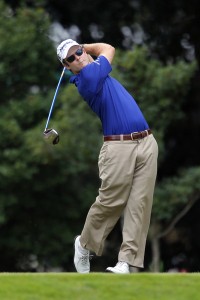 I talked to the Winfield native yesterday. He was at Doral preparing for the Cadillac Championship. It will mark his first appearance in a World Golf Championship tournament.

The great thing about being successful on the PGA Tour is that money begets more money. By playing good enough to qualify for the tournament, Streelman is guaranteed a nice paycheck this week. The Cadillac, which has a purse of $8.5 million, doesn’t have a cut.

Streelman could shoot four straight 95s and still walk away with more than $50,000. Of course, Streelman has bigger plans.

Streelman said his game is starting to come around after doing some work with Jim Suttie. Even more important, he believes he belongs in elite tournaments like the Cadillac.

“I feel comfortable,” he said. “I expect to be here instead of hoping to be here.”

After what he hopes will be a high finish Sunday, Streelman then will board a plane that night and head to Augusta. He is slated to play his first rounds on Augusta National Monday and Tuesday in preparation for his first Masters next month.

Needless to say, Streelman is excited. The last time he was at the course was during a practice round for the 2001 Masters when he was a member of Duke’s golf team.

“It’ll probably really hit me when I get there,” Streelman said. “I need to look at the pins and the slopes (on the greens). There’s a lot to learn about that course, more so than any course I’ve ever played.”

It’s a good time to be Kevin Streelman.