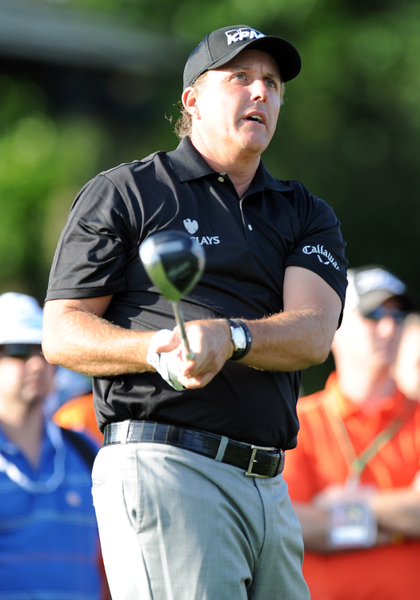 228 days until opening matches at Medinah:

Yesterday was a good day for Davis Love III and Phil Mickelson. It wasn’t a great day for Tiger Woods, but I don’t think it was the trainwreck that everyone thinks it was.

I’m sure the U.S. Ryder Cup captain welcomed the strong showing by Mickelson in winning at Pebble Beach. It vaulted him from ninth on the U.S. points list to first. The victory should secure Mickelson an automatic spot on the team.

That’s important because prior to Sunday, Love’s team was looking like a bunch of rookies and mostly unknowns. With 8 automatic spots, Love needs some of the big names to step up and secure their bids to give him more flexibility with his 4 wildcards.

Obviously, there’s a long way to go, but Love needs to start seeing those players move up on the points list.

As for Mr. Woods, he climbed from 38th to 29th Sunday in his first PGA Tour start in 2012. Much will be made about how poorly he played on Sunday. And he was pretty horrible.

But I do think he is close. I don’t think he ever will be what he once was, but I wouldn’t be surprised if he won 2-4 tournaments and a major in 2012.

I know Love would be happy to see it.