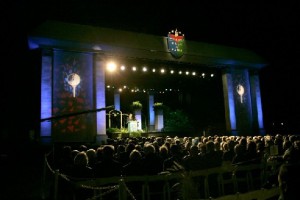 A statement released by Travis Hill, Director of Communications, in part said:

Following the conclusion of the 2013 World Golf Hall of Fame Induction Ceremony, the World Golf Foundation Board of Directors instructed the Hall of Fame to begin a comprehensive review of several of its processes. The review has focused on an evaluation of the criteria and process for electing/selecting all five avenues of induction and a review of the production of the annual Induction Ceremony, including date, location and presentation.

There had been a sense among some the selection process for Hall of Fame membership had over the years lost focus and was broken. Not that those inducted were undeserving as much as the consistency of selection by the voters (industry and media professionals) was often in question.

Three years ago the Induction Ceremony was moved to coincide with the Player’s Championship held at the nearby TPC Sawgrass in May. Attendance by fans and media attention were the primary benefits cited however at the 2013 Ceremony on May 6 none of the men in the Hall attended, in spite of many being in town for the Players. Tim Finchem, PGA Tour Commissioner (the Tour is a primary sponsor of the Hall) was known to be distressed at the no shows by marquee players such as Ernie Els and Phil Mickelson.

The LPGA Hall of Fame is part of the World Golf Hall of Fame and selection criteria are different than the five-tiered ballot used by the WGHoF. Presently to be considered on the PGA Tour ballot a player must be 40 years of age, a 10 year Tour member and have 10 wins or two major championships or Players Championships. The other categories are the Champions Tour, International, Lifetime Achievement and Veterans.

The concern about the criteria for nomination came into sharp focus this year with induction from the PGA Tour ballot of Fred Couples and from the International ballot, Colin Montgomery. Neither received 50 percent of the category votes. Couples, captain of the winning 2013 Presidents Cup team, has 15 Tour wins including the 1992 Masters and the 1996 Players. Montgomery, though an eight time Order of Merit winner on the European Tour and the European Team’s 2010 Ryder Cup Captain, never had a major victory or a win on the PGA Tour.