When insiders refer to The Big 3 now days, it’s not Palmer, Player and Nicklaus but Acushnet, Callaway and TaylorMade. 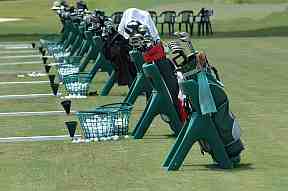 As we have written about previously the equipment part of the golf industry is consolidating and undergoing lots of turmoil.

Smaller manufacturers disappear or are absorbed by larger companies and bigger players fight for market share in the face of stagnant demand.

Here are a few pertinent points to provide a sense of the scope of what is going on:

Acushnet Company, makers of the dominant selling golf balls, is sold by its parent Fortune Brands to investors FILA Korea and Mirae Asset Private Equity for an undisclosed amount.

Adams says it will “examine strategic alternatives,” corporate-speak for looking to find new money or a buyer.

TMaG metalwoods had a record 52% of the market and are first in irons sales for the 15th month in a row.

Chip Brewer is hired away from Adams Golf to be CEO of Callaway Golf and Perry Ellis purchases the Ben Hogan brand from Callaway.

The adidas Group, TaylorMade’s parent, says it will purchase Adams Golf for $70 million, an astounding 71% premium to the current price of Adams stock.

Callaway sells the Top-Flite brand to Dick’s Sporting Goods and most significantly reported slightly lower first quarter sales of $285.1 million but profits up substantially. However the company lowered expectations for the first half of the year.

There are lots of other indicators – bankrupt Yes Putter bought by Adams or Innovex Golf’s purchase of Rife Putter or Acushnet’s sale of Cobra Golf to Puma – you get the idea.

It’s safe to say the golf equipment business has changed and is changing, changing rapidly and the big most likely will get bigger and the rest will have to work hard just to stay afloat.