“We are pleased with our results for 2014,” said President and Chief Executive Offi 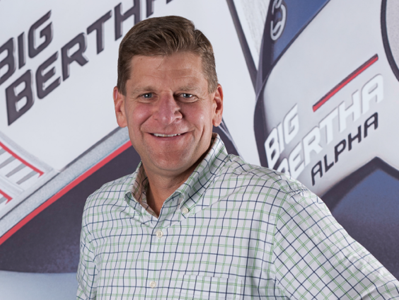 cer Chip Brewer in a prepared statement. “Notwithstanding challenging market conditions for the golf industry as a whole, we were able to grow sales, increase our market share and return to profitability for the first time since 2008 – a significant milestone for us in our turnaround.”

Analysts note the competitive nature of the golf equipment business with club sales dominated by TaylorMade-adidas Golf a division of German-based holding company adidas AG (OTC: ADDY) and ball sales by privately-held Acushnet Company’s Titleist brand. The Callaway product line in the previous golf season did make inroads into the TMaG lead and for 2015 there is a highly touted version of the popular Big Bertha model driver receiving attention from the media and golfers.

“Given the strength of our product line for 2015, which was well received at the recent PGA show in Orlando, and anticipated additional improvements in our operations, we expect for 2015 on a constant currency basis not only sales growth and market share gains, but also further improvements in gross margins and profitability. Golf is a momentum business and fortunately momentum is now on our side.”

According to the company for the next fiscal year, “On a constant currency basis, net sales are estimated to increase by approximately 1% – 4%.  This growth is being driven by an estimated 5% – 6% growth in the Company’s core channel business, partially offset by a change in product launch timing and a reduction in closeout sales compared to 2014.”