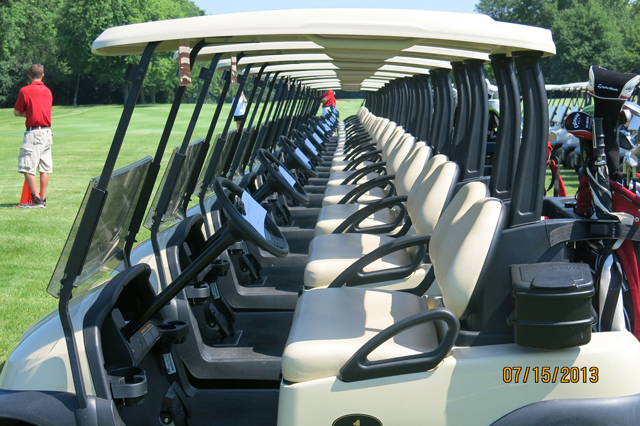 Slow play is killing the game. Golf takes too long and there’s no doubt the five hour round is pushing people into other activities.

There have been serious efforts to shorten the time to play and each has met with at best spotty success. We are not talking about the players on the professional tours where the threat of fines or multiple stroke penalties seems to provide the incentive to play more quickly at least on the LPGA Tour and European Tour.

Recreational golfers are aware of slow play and say they hate it. Just put them behind a snail-paced foursome and hear the hollering but reality is a lot different.

The truth is most recreational players don’t care. They may complain about five hour rounds but if they themselves are playing at a pace that holds up the entire course they are the last to admit they are the problem. I’ve even heard some say, they paid their money and they’ll take as much time as they want.

The bottom line is playing slowly is being disrespectful of others and though that may sound cynical or even a bit harsh, it’s still the bottom line.

Sure, sure, some try to shift the blame by saying golf course architects make courses too hard or that club and ball manufacturers should shoulder the responsibility for making the ball go too far and into trouble. But while there’s no doubt these are factors the real problem is golfers.

Many, if not most, mimic routines learned from the best-in-the-world on television. As an aside, undoubtedly the most egregious example is on the LPGA Tour when caddies stand behind to line up every shot. Isn’t it part of the game being able to figure out where you’re aimed? Would seem so, certainly at the professional level. Thankfully this really bad idea hasn’t leaked into recreational golf…yet.

How about the time it takes to calculate the yardage and then diving into the bag to switch clubs two or three times? This somehow makes a sense? Again being brutally honest, the average 18 handicap can easily have a 20 yard difference the ball flies with the same cub from one time to the next. Our swings just aren’t that consistent and really don’t warrant dithering over club selection.

On the putting green one should take enough time to judge the speed and read the line but that doesn’t mean one has to stalk a putt from every angle—twice—nor does it mean you can’t get a pretty good idea of what your putt will do while others are putting.

Some, believing it will help grow participation and attract new players, have emphasized the social aspects of golf but shouldn’t it be emphasized every golfer has a responsibility to those he is playing with, ahead of and behind? Just as you don’t hit to a green while the group ahead is putting, long stories about the problems you had de-linting your clothes dryer can wait for the 19th hole.

It’s obvious the less accomplished are going to take more strokes but that’s not sufficient reason for six or more practice swings for each shot. It’s both time consuming and not treating others the way you would like to be treated.

An inspired solution that stopped slow play in its tracks at one private club was the essence of simplicity. An assistant pro recorded the time when each player teed off then the time when they finished. Playing times were posted in the men’s and ladies’ locker rooms and peer pressure did the rest. Those who had the spotlight shown on them as consistently playing slowly were barred from teeing it up on Saturday mornings but as I said, a private club.

Finally, you don’t have to be good to play fast or as it has often been said, miss’em quick…it leaves more time for complaining.

And speaking about getting upset after a bad shot, try telling your favorite club-tosser, “You aren’t that good to get that mad.”