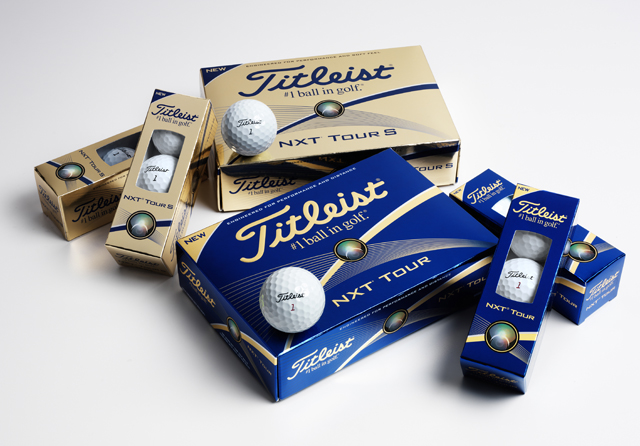 Every golfer knows the Pro V1 and Prov1x are flagships for the Titleist brand. Because of their performance they are number one in sales and at the same time the most expensive ball on the market. But, however dominant the Pro V1 franchise is, Titleist does make other models and stablemates NXT Tour and NXT Tour S should not be overlooked.

NXTs are both less expensive and a different construction than Pro V1s but for average golfers their performance certainly makes them worth a look. We conducted trials of both NXTs with four golfers having a range of handicaps playing under a variety of conditions.

First let’s deal with the price. At my local golf shop a dozen Pro V1 or Pro V1xs are $48. NXT Tour or NXT Tour S are $35. That’s a difference of just over a dollar per ball so, keeping in mind there are some inherent performance differences, should the price differential be important to you the decision is easy.

The next reasonable question is, “what’s the difference between the two NXTs and how is it significant?”

The NXT Tour is a three-piece construction wit 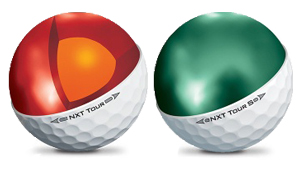 h a two layer core and Titleist’s Fusablend cover of 302 dimples in a complex tiled octahedral pattern. Fusablend is their propriety formulation and is softer than the Surlyn used for many other non-Tour category ball covers. The NXT Tour S is a two-piece ball with a somewhat softer Fusablend cover compared to the Tour but with the same dimple design.

Based on the construction the NXT Tour should be longer off the driver because of less spin, have a higher trajectory than the NXT Tour S and run out more on the green.

The results from our average players were interesting. They used both the white and yellow colors in the Tour S but only white in the Tour because it doesn’t come in yellow. Each of the four liked the yellow’s increased visibility even to the point of saying not only was it easier to see but in one case commenting the color gave him some added confidence.

Each player thought the Tour was longer than the Tour S though without actual measurements all agreed the difference wasn’t large. The comparative amount of check or roll out was judged by two of the players (15 and 18 handicaps) to be about the same but the five and 12 handicappers both thought there was discernably more spin on short shots with the Tour S. This seems to make sense due to the softer cover of the Tour S and the fact it even felt softer for most every shot.

The 12 handicapper said of the NXT Tour, “For my particular game this ball was long off the tee, great for my second shot and had tremendous feel around the greens. I particularly noticed that it reacted very well with wedge shots around the green.”

Comparing the two the 15 handicap wrote in an email, “Both the NXT Tour and the NXT Tour S Yellow seem to go about the same distance for me. The rest of the performances seem to be equal and I like both, but prefer the yellow Tour S.”

The conclusion is if the NXT Tour and Tour S are a fit for your wallet there is no question they are quality golf balls with performance that will complement most anyone’s game. As a side benefit, the yellow color for the Tour S may even be a visual aid as well.