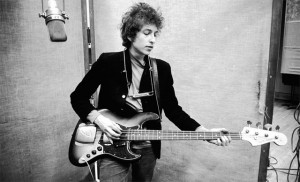 Though Bob Dylan sang the lyrics to The Times They Are A-Changin’ in 1964 to reflect the social unrest of the time he could have been singing about the golf equipment business today.

The trials and tribulations of golf equipment manufacturers and retailers have been well reported with Dicks Sporting Goods (NYSE:DKS) purchasing Golfsmith out of bankruptcy and Nike’s (NYSE:NKE) decision to withdraw from the club market receiving the most attention. At the same time two of the largest club makers are undergoing major changes.

Potentially the sale to the public of Acushnet, makers of the number one ball brand Titleist and the number one golf shoe FootJoy, will have an impact that could be more far reaching.

Owners Fila Korea Ltd. and an investment group led by Mirae Asset Private Funding purchased Acushnet from Fortune Brands in 2011 for $1.23 billion and will not relinquish their entire ownership in the initial public offering only selling roughly one-third of their shares. The prospectus also states the proceeds from the public stock sale will not be used by Acushnet to reduce debt or for product development but retained by Fila and the others.

Fila also has told Pulse News in Korea they have plans to purchase more shares, up to 50 percent, from other current shareholders to keep control of the company.

As a publically traded company Acushnet (NYSE:GOLF) will be making decisions differently than when privately owned. The pressure from investors will place them in the same position as every other public company. Quarterly results will be closely scrutinized and management decisions will be made in light of that attention.

In other publicly-held corporations long-term strategy may be compromised for the sake of short term profits. One of the most obvious areas of change could be the balance of profits retained by the company to fuel growth and the amount distributed to stockholders. It wouldn’t be the first time short term decision making overrode long term product development.

TaylorMade Golf owned by adidas is for sale and after six months no deal has been signed leading some to ask why. Adams Golf and Ashworth brands will likely be included in any deal. Adidas CEO Herbert Hainer said in May, when the possibility of a sale was being investigated, they wanted to concentrate on other divisions of the company with better prospects for growth. A reason essentially the same as that given by Nike in August when they decided to leave the club business.

It may or may not be significant but TMaG has not announced any new models for the 2017 season even though during late summer and fall all the other makers are introducing their latest. TMaG has the leading driver on the PGA Tour and has the largest selling iron model, the M2, on the market so it would be expected new clubs would be introduced at this time or at least an announcement there would not be new club models for 2017.

One interesting possibility is, if the Acushnet IPO is popular with investors, TaylorMade could be seen as a more attractive acquisition.

The Dick’s/Golfsmith deal for a reported $70 million remains to be finalized and as yet unresolved is how many of the Golfsmith stores will remain open and if Dick’s other specialty retailer Golf Galaxy will assume Golfsmith locations. Dick’s bought another competitor, Sports Authority, also in bankruptcy earlier this year.

Stay tuned. The Acushnet IPO is Friday the 28th, more news about TaylorMade’s fate will surely be coming and Dick’s decisions about Golfsmith will to a large degree set the pattern for big box retailers.