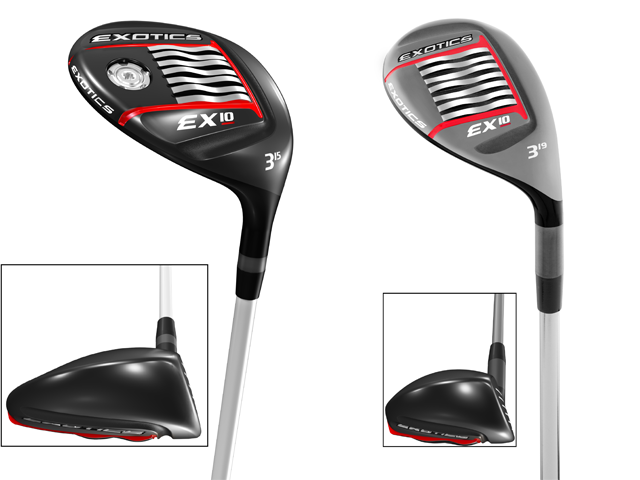 Tour Edge Golf doesn’t spend millions on television advertising campaigns nor do they dole out money for toursters to play their clubs.

They aren’t a huge equipment company but they are though an OEM who has successfully created a reputation for high quality clubs using the latest manufacturing techniques, design and materials. Their clubs give golfers top notch performance day in and day out, often at what could be called, “very competitive prices.”

The fairway woods use high density steel for the cup face which is combo-brazed (rather than welded) to the steel clubhead body producing a face that is both responsive and strong. Due to its strength the face can be thinner so more of the impact energy is transferred to the ball. Plus since the face is a variable thickness design hits not quite on the center, say towards the heel or toe, can still result in a “good” shot.

It’s obvious during testing, from the nice high ball launch, the work Tour Edge did to push the center of gravity lower and deeper in the head (including the use of a 9-gram sole weight), was a success. And there’s an added benefit with this weighting, it gave the EX10 fairway wood lots of forgiveness. The slim-looking aerodynamic shape is easy to like and the updated wave pattern on the sole (longer rails and deeper channels in between) helps the club pass smoothly through even fairly heavy grass.

EX10 Hybrids are a similar construction to the fairway woods with the same high density, steel cup face–HT 980 high-tensile strength steel—and again, since it can be made very thin, it produces the trampoline effect, the key to added distance. The face and body are also combo-brazed and the wave pattern on the sole is improved. 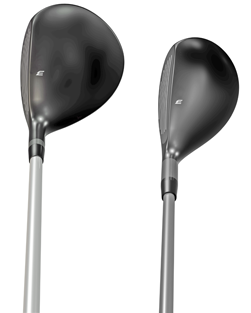 On the course testing was done for ten rounds with a 13-degree 3-wood and two hybrids, a 3-hybrid and 4-hybrid. It should pointed out after a couple of rounds it was plain these newbies weren’t just squatters in the bag slots. They quickly earned permanent occupancy.

The course I often play, depending on the wind, requires a 3-wood from the tee on three or sometimes four holes and the performance of the EX10 can best be described as a “mini-driver.” On more than one occasion the ball actually went too far and since its Florida that usually means one of two things. Either the ball is in the water or blocked out by palms or oaks. Heck of a problem to have.

The EX10 hybrids are a little longer from the tee than the previous model EX9s which were tested last year and more readily work the ball to tucked pins. Realizing anecdotal evidence for what it is, the second round with them from a par-5 fairway bunker, the 4-hybrid not only got the ball out but laser measurement of the carry and rollout was 186 yards. At my skill level I can’t ask for more than that.

However, where the hybrids really come into their own is from the rough. They get the ball up and out. Period. They feel solid everytime and the shot is almost always online. Long par-3s are even fun since with just a driving range swing, not trying to do anything special, both the 3- and 4- hit the ball high and it lands softly…sometimes even near the pin.

Negatives: Did not spend a lot of time hitting the EX10 3-wood from the rough since Florida rough is Bermuda and even in the winter time a hybrid is a better choice. If you are someone who takes a little divot with a fairway wood—à la Tom Watson—the “Slipstream Sole” of both the wood and hybrids may take some getting used to. Plus, and I know this sounds picky, the head covers on the hybrids are a pain to put back on.