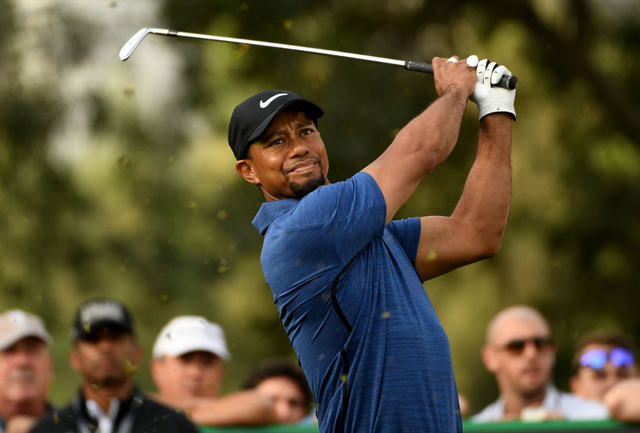 The golf world is all aflutter with the impending return of Tiger Woods and that’s a good thing.

Heaven knows golf needs all the interest and enthusiasm it can get if only to stimulate more participation, more rounds, more equipment sales…well, you get the idea.

What is not needed is another big star complaining how far the ball goes and Woods during a recent podcast joined Gary Player, Jack Nicklaus and Hale Irwin among others saying golf is in trouble.

Quoting Woods, “We need to do something with the golf ball. I think it’s going too far because we’re having to build golf course[s], if they want to have a championship venue, they’ve got to be 7,400 to 7,800 yards long.”

As if this weren’t indictment enough he continued, “And if the game keeps progressing the way it is with technology, I think the 8,000-yard golf course is not too far away. And that’s pretty scary because we don’t have enough property to start designing these type of golf courses and it just makes it so much more complicated.”

Really? Complicated for who? Not fans nor ordinary golfers who hit 200-yard tee shots. Not when courses are closing left and right and the number of players continues to shrink.

The reason comments from Woods or Nicklaus or Player are a concern is they are among the most respected men in the game and their opinions may eventually push the USGA into “rolling back” ball performance. Rather than being a solution such a retrenchment would be a disaster for equipment makers, recreational players and golf fans.

Some say that ball performance is not a problem and isn’t supported by facts so let’s take a look.

There’s no arguing professionals and other elite players are hitting the ball farther, much farther, and as a result the courses they play have been made longer. That makes sense and similar solutions to mitigate equipment advances have been going on for at least 150 years. Scoring however has not benefited from all this added distance. In 2017 PGA Tour scoring leader Jordan Spieth averaged 68.846 strokes and in 1980 Lee Trevino led all players with 69.73, less than 0.9 stroke improvement in 37 years.

Not exactly a case for manning the barricades to repel the bad guys. Statisticians call that level of difference “noise.”

So if scoring doesn’t support these concerns does an analysis of driving distance?

At the same time the ball also was being improved and the added distance from the new low spinning, solid core balls was readily apparent. In 1996 the 3-layer urethane cover Top Flite Strata came out but the real game-changer was Titleist’s introduction of the Pro V1 in October 2000. Within weeks it became the most played ball on Tour and quickly took over the top spot in retail sales.

From 2003 through 2017 average driving distance increased to 292.5 yards equating to about 17 inches per year in part due to development of even lighter shafts and clubfaces with higher rebound across a larger area. However, a major portion of the gain can be accounted for by course agronomy allowing drier, more closely mown fairways so the ball to rolls much farther. Additionally players are taller and stronger and have intensive physical training regimens. During the same time a huge leap forward in instruction took place as coaches used launch monitors to refine players’ swings to an extent never before possible.

The real proof though is tee ball distance is a lousy predictor of success on the PGA Tour and as might be imagined the best correlation to money won is average score. Driving distance and driving accuracy have the lowest correlation.

The conclusion is plain. Since 1964 average driving distance is 30 yards greater but after 2003 distance enhancing design improvements have been increment…not revolutionary. Nothing goes up forever.

Finally, though Woods didn’t mention it, there’s another other oft voiced complaint. Something like, “fine old courses have been made obsolete and championships can’t be held there because they don’t have the acreage to add yardage. “Not only has that not true since many of the “fine old courses” have already been lengthened but a lot of them can’t hold professional events for reasons other than the length of the holes. There may be no room for 50,000 fans to park or for the corporate hospitality tents which are a primary source of tournament revenue or perhaps the driving range is not big enough to accommodate more than a fraction of the field.

These facts are rarely mentioned by those decrying golf ball distance gains and have nothing to do with the fact Rory McIlroy and 42 others averaged over 300 yards last season.

Golf does has problems but the distance elite players are hitting the ball is not one of them. Fans want to see the long ball from Rory, Dustin and Bubba and aren’t interested seeing their 120 mph swing send the ball the same distance it went in 1995.

The whole idea of rollback is ridiculous. It’s hard to comprehend how any lessening of ball or driver performance will help sell more tournament tickets, sponsor advertising, merchandise or equipment. The PGA Tour obviously has figured that out and hasn’t joined in with the wailing and gnashing of teeth.

It also true recreational players are not complaining and it can be argued anything making the game more fun and even a little easier benefits participation. Those who make the assumption length equates to difficulty are also making a mistake. Course design and setup for professional tournaments requires intelligence, creativity and imagination without gimmicks. Maybe something simple such as cutting the rough and fairways higher or installing bunkers on either side of a landing area are possibilities.

Some are concerned about land and water usage which is certainly a legitimate question, not one resulting from how far the ball is being hit, but of the proper use of finite resources. Course architects and maintenance experts are already finding solutions such as drought resistant grasses, course topography and hole routing. What is needed most of all is a change in the mindset of developers who specify an over-the-top expensive “championship” course to aid residential real estate sells or for a resort to put heads in beds.

Here are a couple of simple requests for Tiger. Please come back to the Tour healthy and competitive. Secondly, because of your prominence people listen to your opinion please check out the facts and perhaps your opinion will reflect a new view point…one that is less harmful to golfers and the golf industry.