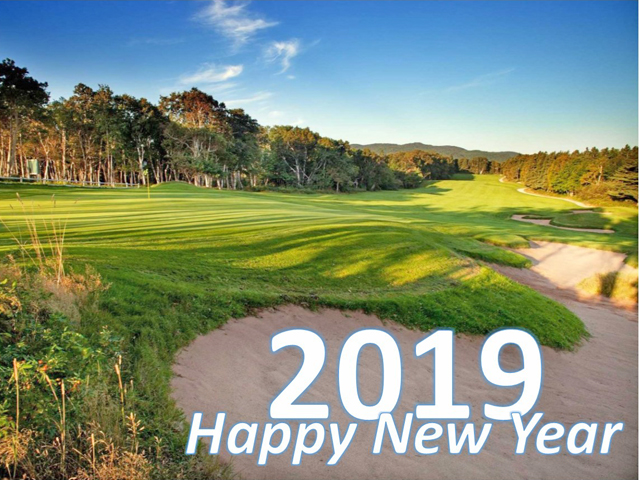 When the calendar changes years we often have the urge to make promises of improved behavior sometimes called turning over a new leaf or as it is also known the often-ironic New Year’s Resolution. Unfortunately, success is frequently illusive and many of us, me included, rarely make it past January 3rd with our new behavior intact.

This however is not a rant targeting behavioral modification but a segue to talk about the changes in the Rules of Golf taking effect January 1 and for those of us living in a warm climate our first 2019 round before New Year’s Day football.

By now you have seen summaries of the significant differences in the Rules 2019 and here is a link to refresh your memory New Year – New Rules.

Though there have been some questions as to the application of the modified rules that’s always the case. Rules such as a two-stroke penalty for a lost ball or an out of bounds when, rather than returning to where the offending shot was hit, the player opts to drop in the newly defined relief area which includes the nearest point in the fairway. This local rule is sure to be misinterpreted so that after taking the drop (now from knee height) players will probably believe they are hitting their third. The two strokes assessed by the new rule however means he or she is in fact hitting their fourth, just as though a provisional ball had been hit to the spot of the drop.

What everyone is agreed upon is the more understandable language with less jargon in the 2019 Rules of Golf will be of continued benefit but that doesn’t mean everything is crystal clear since some of the basic terms and descriptions have changed. 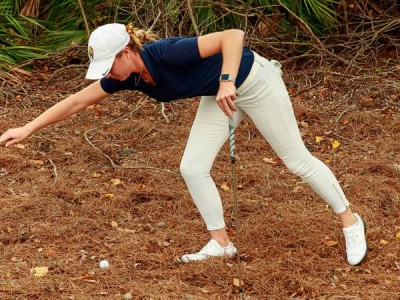 Ground under repair or an immovable obstruction or animal diggings are no longer abnormal ground conditions but an “abnormal course condition” which only makes sense.

Casual water is now “temporary water,” a more apt description of the puddles or even ponds on the course after a heavy rain and formerly if someone moved your ball it was an outside agency, now the wording is an “outside influence.”

There always have been parts of the course you should not play. Nature preserves, or historical ruins have been designated as play prohibited but now are renamed “no play zones.” The change in nomenclature may not prevent guys from hacking their way out of a wild flower sanctuary or nesting whooping cranes but at least there’s no doubt of their boorishness.

Through the green has always been a question for even some experienced players who couldn’t seem to get that if it wasn’t a hazard (the old name), a bunker, the tee or the putting green it was through the green. Now the Rules simply call it “general area” which is much less elegant but unfortunately no more descriptive.

Teeing ground changed to “teeing area” and still defined as two club lengths deep between the tee makers. Note this says nothing about the teeing area being level and, on some courses, this can be an issue either from the contour or maintenance.

The USGA has done a good job providing helpful descriptions and illustrations to get us up to speed with the Rules of Golf. Consultant USGA.org for full rules and interpretations.

Image Courtesy of the USGA