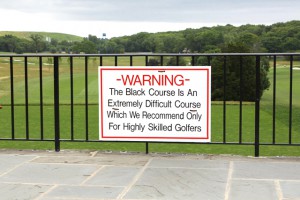 There were a several questions needing answers going in to the 101st PGA Championship played over Bethpage State Park (Black Course) which started the week rain-soaked but still played at the daunting length of 7,459 yards par 70.

Could Brooks Koepka defend, and would Tiger Woods repeat his Masters win?  Koepka of course smashed the field the first two days and only needed to play competent golf over the weekend to take the Wanamaker Trophy.

Woods might just as well have stayed on his yacht.

We also were able to remove any possible doubts that moving the PGA to May would not be a winner, indeed it was a rousing success for fans and players alike. A few other observations:

Not a Weak Field The incessant carping about the strength of the 156-man field due to the inclusion of 20 club pros is getting old. In fact, it was the strongest major field ever. For the first time 100 of the top 100 in the Official World Golf Rankings played though No. 5 Justin Thomas withdrew due to a wrist injury to be replaced by world No. 192 Kelly Kraft who posted a T-48 finish. Some pundits continue to maintain their previously expressed opinion while ignoring the facts and that’s called cognitive dissonance.

Not wanting to beat the topic to death but the field did have 12 competitors who have been ranked No. 1 in the world and 34 major champions plus it was international in scope with 69 foreign players representing 27 countries. For the record three club pros made the cut at +4. 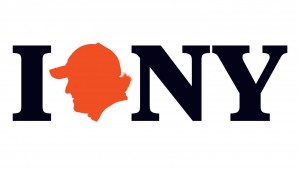 Mickelson was the only player in the field with anything nearing the attraction New Yorkers have for Tiger Woods and Lefty has one asset Tiger doesn’t, a personalized “I Love NY” logo. It is almost as though fans have forgotten the controversy at the 2018 Shinnecock U.S. Open when Mickelson hit a moving ball. Some have charitably described the incident as the Hall of Famer protesting the burned-out greens but it’s a perfect segue to the topic of course set up at Bethpage Black.

Challenging Setup The PGA of America and Kerry Haigh their Chief Championships Officer again proved it is possible to prepare a golf course taking the layout, inherent difficulty and probable weather into account without making it unplayable. The wet conditions were overcome while retaining the essence of a tough test—remember what it says on the sign.

Haigh said, “With such a great golf course, we did not have to make many changes at all in preparing for the PGA Championship. We added a new tee on No. 12 and re-contoured the fairway and adjusted a couple of the bunkers on No. 18 to make it a more appealing tee shot. Other than these adjustments, we did not need to make any others to such a wonderful golf course.”

Without making a big deal of it, perhaps the USGA would consider hiring Haigh to prepare Pebble Beach for the U.S. Open in June.

The facts were Bethpage had been inundated the week before and the fairways were soft which pundits said gave an advantage to big hitters (i.e., Koepka) who could carry their tee shots a long way. The rough was penal many times “chip out” thickness but it was the greens that caused the most concern. Though they are constructed to drain away moisture and did have time to dry out, the first two days footprints particularly around the pin locations made putting a challenge for everyone not just later groups.

Tiger Tracks There was no measure of the me 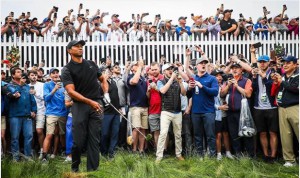 dia coverage given Tiger Woods compared to the other 155 competitors, either before, during or after but it had to be at least one-third if not more. So much for “extensive reporting” and it included disproportionate coverage of Woods’ dig at John Daly riding a cart which says more about Woods than Daly’s knee.

The other question is how Woods could talk himself into taking off six weeks from competition after his Masters victory. He said he needed the rest and certainly if he is tired or hurting that’s what he should do. However, the likelihood of being able to properly prepare for the rigors of a major championship without the competitive reps is probably between slim and none.

Drive for Show Max Homa, a relatively unknown Tour pro, suddenly became known with his gutsy win of the Wells Fargo Championship now has another gold star or actually a gold money clip. Homa took the long drive contest held on Tuesday before play began with a 318-yard effort. The win also benefited a charity of his choice to the tune of $25,000.

Interesting but extraneous the record for the long drive contest held during PGA week is 6-foot-6-inch Evan “Big Cat” Williams who, in 1974, hit one 366 yards with a balata ball and persimmon headed driver. But wait, Jack Nicklaus at Dallas Athletic Club in 1963 also using a persimmon driver and a wound balata cover ball took the long drive contest that year with a tee shot just inches short of 342 yards. Make of it what you will.

And in case you’re wondering, Payne Stewart was the last PGA Champion to drive to victory using a persimmon driver. That was 30 years ago, 1989 at Kemper Lakes.

What Are the Odds The Wisconsin fan who won $1.2 million with a bet Tiger would win the Masters bet $100,000 at 100 to 1 odds Woods would win the Grand Slam but since Woods missed the cut at Bethpage, our wagering fan at least has $1.1 million left to pay his taxes.

Speaking of odds, Tiger and defending champion Koepka went off at 10 to 1 and world No. 1 Dustin Johnson at 11 to 1. Personally, I was pulling for Lefty but at 70 to 1 it was only a dream.

U.S. Open Next The reworked PGA Tour schedule is a success and the biggest bonus in my mind was the move of the PGA to May that turns it from a distant fourth in prestige compared with the other major championships to something much more important. The next two or three years will firm up its place in the pantheon.

The rhythm of the season is interesting. Beginning the first week in October it runs eight weeks breaks for six weeks then runs 12 weeks until the Players, five weeks to the Masters, six weeks to the PGA, four weeks to the U.S. Open and then five more to the British Open. The abbreviated FedEx Cup playoffs start in another five weeks.

Toursters have an interesting job determining when they will play especially from the Players through the FedEx Cup. Toss in the Ryder Cup, Presidents Cup and the Olympics and some will have difficult choices.