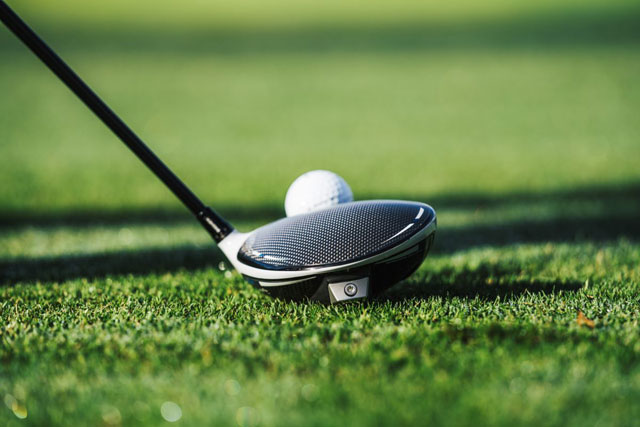 TaylorMade Golf’s entry in the ‘metalwood wars’ for 2020 is the SIM model which seems to be a logical progression from the previous M-series that introduced both the Twist Face and resin injection with the new family placing increased emphasis on aerodynamics.

It starts with the name SIM that refers to “shape in motion” and comes from a unique asymmetrical sole with a rail, vane or what TaylorMade calls an Inertia Generator that does not run down the centerline but starts in the center and points towards the toe at the trailing edge. This along with a higher crown of carbon fiber means air flow around the head generates less drag.

Normally when even a carbon fiber crown is made higher and rounder to improve aerodynamics the head’s center of gravity becomes higher also. TMaG got around this in SIM by putting a steel weight in the very end of the sole vane to keep the CG low and towards the trailing edge. 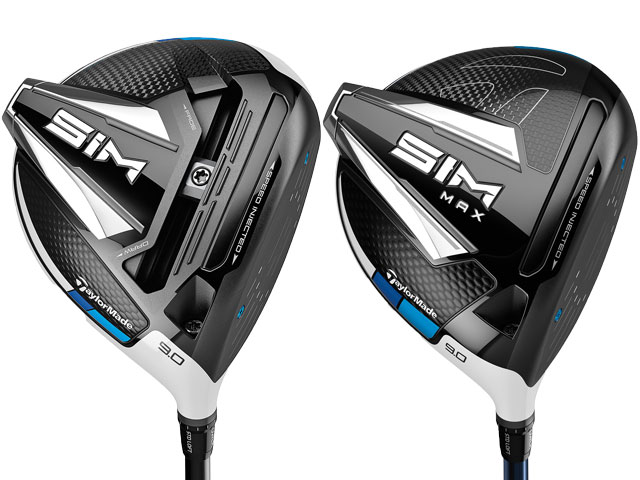 The SIM’s Twist Face, slightly closed at the heel to straighten slices and open at the toe to correct hooks, has resin injected behind it to individually adjust the amount of rebound after testing of each face. There is also a sliding sole weight to adjust left/right tendency and when combined with the adjustable hosel loft (+/- 2°), face angle (+/- 4°) and lie angle (56° to 60°) the SIM can be customized to almost any golfer’s need. 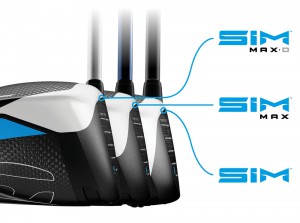 There are also the SIM Max model with added forgiveness weight and higher launch plus the SIM Max D with even more heel weighting to promote a draw for those who tend to come across the ball with and out to in swing path.

The three models have progressive face heights with the SIM Max D having the largest so off-center impacts don’t lose as much ball speed.

Bystedt: “We know that the player who generally purchases a draw-bias driver commonly has the widest area of dispersion across the face. So we wanted to give that golfer the biggest face possible. Using all the data we collected in the development of Twist Face – and learning how big the mis-hit zone is based on handicaps – we really tried to design them for the golfer who’s likely to purchase each of these drivers.”