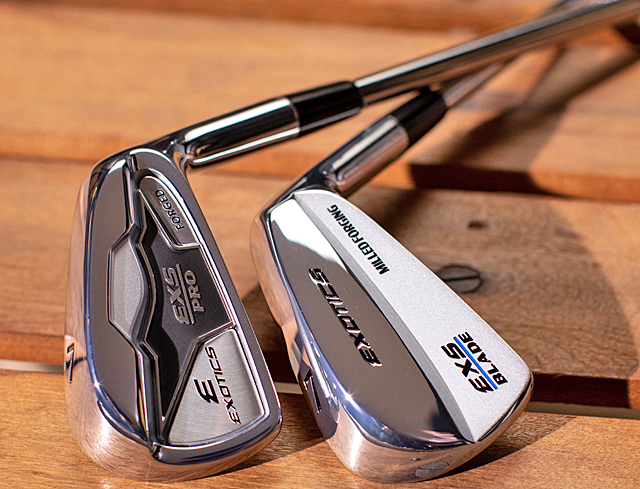 WYNTK:
Both of these new players category iron models are limited-edition with the cavity back EXS Pro Forged targeted for play by those with low to medium handicaps and the EXS Blades for low handicappers and professionals.

According to David Glod, Tour Edge founder and Master Club Designer, “We received enormous demand for player’s irons after putting our focus on game improvement hollow-body irons with the EXS 220 releases. As a club designer, I love player iron designs that are as beautiful as they are playable.”

In addition to the two iron models Exotics EXS Blade Wedges ($149.99 each) were introduced offering six standard lofts from 50° to 60°. Forged and then CNC milled from soft S25C carbon steel they have a flared toe design which moves the CG higher for lower launch and higher spin.

“We used a lot of feedback from the PGA Tour and tested these irons with our professional staff, as well as with extensive robotic testing,” said Glod. “I can report back that we have three winners across the board. I believe that the milled forged iron connoisseurs out there are going to be very impressed with the playability we were able to combine with a traditional forged feel.”