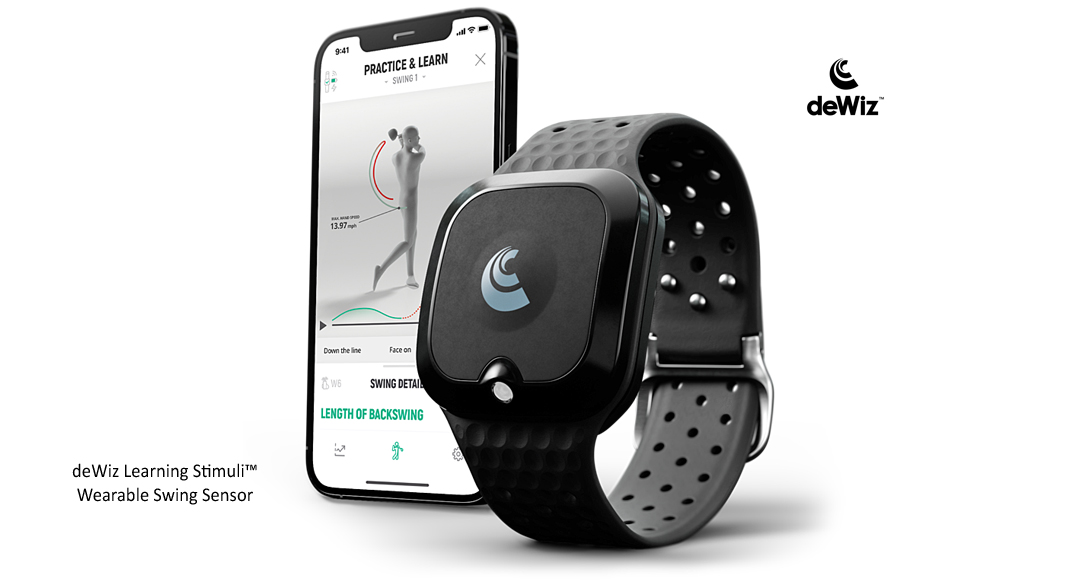 It seems nowadays anything labeled as “high tech” attracts attention and there’s no better example in golf training devices than the deWiz sensor watch. It tracks hand movement during the swing providing pulse feedback plus visuals via a Bluetooth-linked smartphone app.

WYNTK
Anyone who has been serious about improving their game knows the truth of the statement “what the swing feels like is not what is occurring” –the old feel vs. real phenomenon which makes self-instruction difficult if not impossible and provides jobs for thousands of golf instructors.

To provide a real time answer to this problem, without the necessity of hitting shots next to an instructor or even sending videos to him or her, the deWiz swing analyzer is now available. Five years in development the deWiz watch-style swing analyzer uses sophisticated sensors to measure the position of the hands throughout a swing and when user-defined parameters are violated a mild electric pulse or audio buzz occurs. The result is swing practice can become true swing training since improper hand positions are detected in real-time making correction easier on the next attempt.

The truly instructive feature of the deWiz is the avatar shown on the no-charge smartphone app that depicts the good and bad moves of the swing. For example, two of the most important factors, swing plane and tempo, are recorded and reported then shown in the smartphone graphic so corrections may be more quickly achieved.

“deWiz’s data capture capabilities are unmatched via our wearable device, precisely measuring golf swing data like transition plane, length of backswing, hand speed and tempo ratio like never before. But what sets deWiz apart is our Learning Stimuli. Interpreting data on a screen and translating that into a proper swing motion is a time-consuming, trial-and-error process. Meanwhile, deWiz combines high-precision data with real-time feedback within a golfer’s swing to help them improve faster,” said Markus Westerberg, co-founder and chief technology officer and certified PGA of Sweden instructor.

Most of us aren’t overly wowed by product endorsements from famous players but the list for deWiz is impressive including Martin Hall, Bryson DeChambeau, Annika Sorenstam, Henrik Stenson, Lydia Ko and Vijay Singh.

While the cost is more than a new driver this is a quality unit with understandable instructions and instant assessment of swing faults. For those willing to make the investment in the future of their games deWiz is an excellent choice.