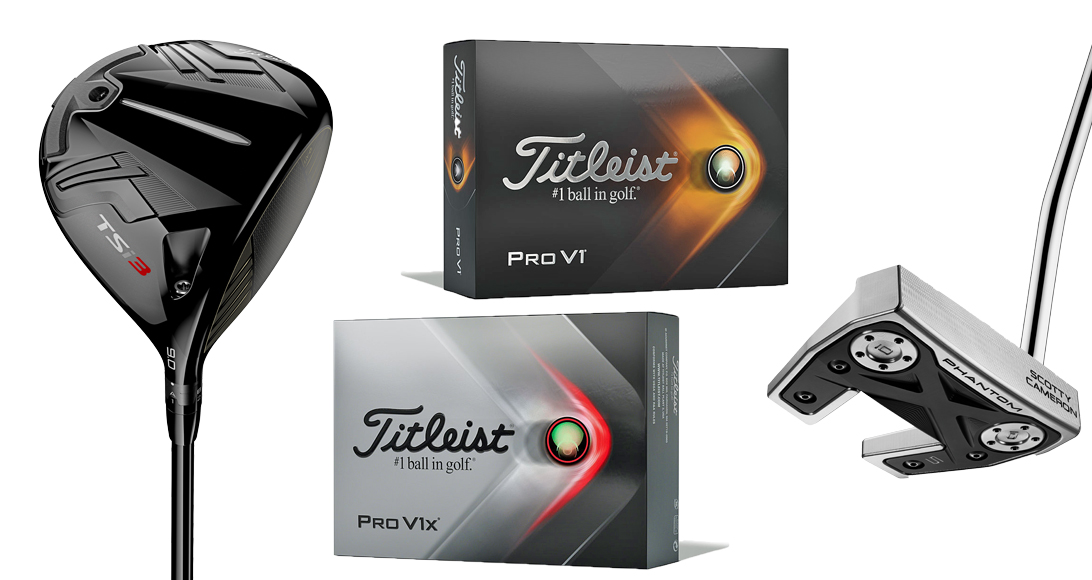 The 2021-2022 season of the PGA Tour has been completed with a come from behind win by Rory McIlroy at the Tour Championship and the Titleist brand came out as the most played drivers, putters, and balls for the year.

The 47-event schedule had 48 winners (the Zurich Classic is a two-man team event) with several multiple victors in addition to McIlroy who won a total of three times and World Number One Scottie Schaeffler with four. Unfortunately, in the view of some, drama on the course was at times out shone by drama off the course as the LIV Golf series began play and signed several top stars from the PGAT.

What we can report though is Titleist drivers were used the most frequently by winners of 16 events edging out TaylorMade Golf with 14. Callaway Golf could claim nine winning drivers, Ping seven and Srixon two.

Titleist also takes the honors with their Scotty Cameron putter brand with an impressive 21 victories using them followed by Callaway Golf’s Odyssey brand with 15. Ping and TaylorMade Golf each had five wins while Bettinardi notched two.

The other closely watched category of equipment is golf balls and here also Titleist came out on top. Their Pro V1 or Pro V1x were used for 32 wins while Callaway’s Chrome Soft X had seven, TaylorMade TP5x five and Srixon Z-Star XV four.

We track this information purely for its interest value since after the individual players performance, the number signed to each company’s endorsement contracts is the most important. The obvious value to equipment companies is the publicity of their equipment being seen by fans with the assumption that recreational golfers will want to play what the pros play.