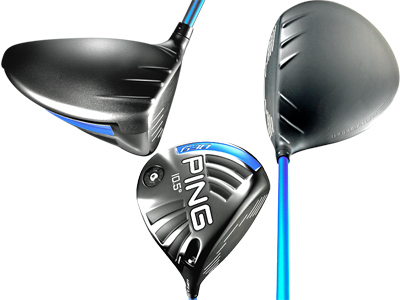 The PING G30 driver in the month of April, according equipment sales as tracked by Golf Datatech, not only maintained but increased its lead as the number one selling driver in the U.S. Driver sales are traditionally the highest in April as the golf season begins across most of the U.S.

This past month G30 market share rose to approximately 14 percent of all drivers sold which translated into 19 percent of dollars spent in the combined sell-through in on- and off-course retail stores.

The G30 was already the best-selling driver of 2015, January through March, at just over 11 percent market share in units sold and over 15 percent of dollars spent.

In a prepared release, PING Chairman and CEO John Solheim said, “To see momentum growing for the G30 driver in the heart of the golf season is very satisfying and a tribute to our engineering team. When we launched it last summer, it was clear this driver was special. It was used by Angel Cabrera to win the first week it was on tour and it’s been finding its way into golfers’ bags ever since. It all comes down to performance and there’s no question the technology of the G30 drivers helps golfers hit the ball longer, straighter and more consistently.”

In April unit sales were 56 percent greater than the second place model.

The G30, which retails for $350, is not the least expensive driver in shops but has built up a reputation for performance primarily for the “Turbulators” on the crown designed to reduce aerodynamic drag which helps to increase clubhead speed.