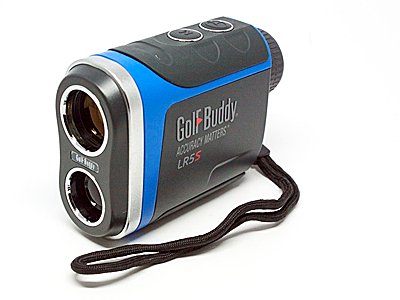 The use of technology in golf has become commonplace and most often seen on the course in the form of distance measuring devices (DMD), both GPS based and laser. The distance to the pin is fundamental for club selection and after assessing how the ball lies provides the answer to, “what club should I hit.”

Devices using data from global positioning satellites (GPS) report yardage to the front, center and back of a green and some, the distance to carry hazards such as water guarding the putting surface. But with GPS the distance to the pin is an estimate made by the user based on what he sees. Put another way, if the GPS shows 148 yards to the center of the green and 165 yards to the back and the pin looks closer to the center than the back the user might estimate the pin location to be 155 yards.

With a laser device the answer is definitive—the pin is 153 yards. At times this is not a significant distinction but when a pin is partially hidden, say behind a bunker, the need for accuracy may be crucial and that’s an ideal use for a laser.

GolfBuddy is well-known for its hand held, clip-on and wrist model GPS devices but has made the decision to jump into the crowded laser DMD market with two new models the LR5 and LR5S. The units are similar except that the LR5S has a slope compensation feature and gives a distance readout taking into account the change in elevation. 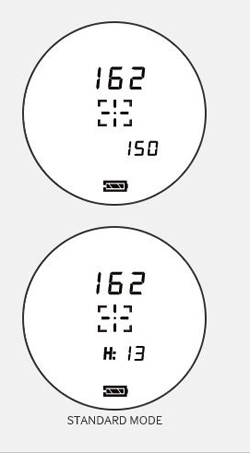 e conducted a test of the LR5S over ten rounds and right out of the box the LR5S “felt good” in the hand and at eight ounces the weight is not an issue. Ease of use is excellent with clear instructions of how to change modes and the 6X view is especially good with a diopter adjustment for the eyepiece. The lettering on the “screen” is bold and appears larger than that of competitors’ devices making it easy to read regardless of the sun’s angle.

The LR5S offers three operational modes: normal, scan and pin. Each displays the slope-adjusted yardage to the target just above the aiming crosshairs with the straight line yardage and height alternating display in the lower right. And although some may not consider this significant, the LR5S comes with a very nice hard-sided carrying case which day in and day out may not be too important but undoubtedly it gives much more protection than the usual soft cases. There is always a worry in my mind what can happen to a unit stuffed into a pocket of a golf bag and subject to the handling of an airline baggage system. The LR5S case would seem to pretty much solve that concern.

The test period wasn’t long enough to judge battery life; however, GolfBuddy estimates 5,000 actuations of the laser to be standard and at an average of 20 actuations per round that translates into 250 rounds.

Before purchasing any laser DMD be aware the USGA allows DMDs (laser and GPS) when a local rule is in place but a DMD that measures wind speed or direction, temperature or slope may not be used. So if when playing in a tournament there is doubt of the use of any DMD—not just the LR5S—check with the tournament committee but slope measuring is banned in all instances. Of course this concern could be addressed by using the GolfBuddy LR5, with similar features minus slope measurement.

Negatives: None from on course experience but the use of a laser with slope measuring in tournament play is banned.

Recommendation: The GolfBuddy LR5S at a MSRP of $300 and street price of $225 puts it in the lower end of the price range for all laser range finders and certainly much less than other slope enabled units. Combined with its solid construction and ease of use it’s a definite buy.