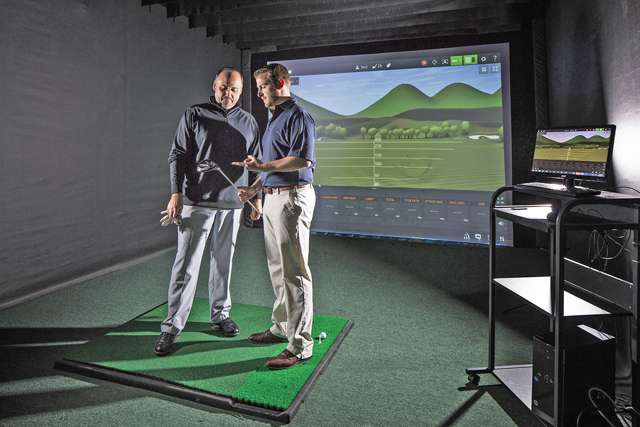 For years I have written it’s vital to play with properly fitted clubs, not just the driver but everything in the bag through the putter. Golf Magazine found eight out of nine golfers gained distance and scored lower using clubs made for them after a custom fitting. Surprising perhaps, but what really got my attention was the report showed 90 percent are playing with clubs that don’t fit.

With that in mind and having been through sessions by the major manufacturers I knew my time with the fitters at Club Champion Golf in Orlando would be interesting.

Club Champion has 15 locations around the country and a first class reputation for its services to golfers of all skill levels not just professionals and low handicappers. Upon arrival at the Orlando shop, manager Rob Stumpf who is also a master fitter, talked with me about what to expect and the fact Club Champion has, “15,000 plus combinations of heads and shafts. We have over 100 drivers alone, in full compliments of weights, flexes, models, and lengths.”

He emphasized since they don’t represent just one manufacturer they can use any clubhead and any shaft from any maker so Club Champion’s fitters using the data from Trackman can determine the proper club for each individual.

The process is simple. Stumpf had 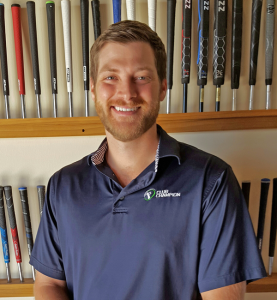 me hit a few drives with my current driver (one fitted by its manufacturer) then, using a similar shaft with a quick-change hosel, he had me hit drives with several different heads. Once he was satisfied the head was correct, several shafts were tried until ball flight, spin rate and other numbers were as good as my swing was capable of producing.

After the session, which costs $150, the specs representing the best combination were emailed to the main office in Chicago where the new driver was built and within a few days it was in my hands.

So what did it prove? The new driver (a Cobra King LTD head with a Fubuki K60 shaft) raised my smash factor–the relationship of ball speed and clubhead speed–from 1.45 to 1.50 giving me another ten yards of carry without changing my swing one bit. One might say, “10-yards…that’s an expensive 10 yards,” but when accompanied by a better trajectory to give more run out and about half the left-right dispersion, for me it was a big deal.

In effect I’m now playing a shorter golf course but additionally any concern I might have felt over my driver fitting me properly is gone.

Stumpf also had me hit my irons, which I really like, with no thought of changing but he instantly saw results could be improved with a lighter shaft of different construction. Seeing the point he was making I had them changed out from 90-gram steel to the Aerotech SteelFiber i80. It is the quickest half to full club gain in distance I could ever have done, plus the trajectory and spin are better.

Stumpf also shared his thinking giving an expert’s view of the Trackman data and revealing some very interesting points.

“Smash Factor is the first and most important thing I look at. Smash Factor measures efficiency by dividing ball speed by club head speed, thus indicating both how close to the center of the face the customer is hitting the ball and how much the club combination (head and shaft) in turn is working for them. Height, spin, direction…all important, but I almost can’t concern myself with the rest of the numbers until I know the customer is hitting the ball as squarely as their swing allows, and that the clubs are assisting them when they do still miss the center of the face by retaining as much ball speed as possible.”

He continued, “When Smash Factor is optimized on 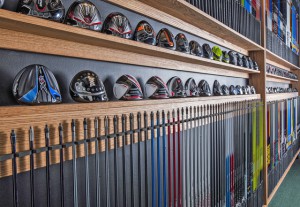 a driver, I know the customer has the best chance of their longer drives occurring more regularly. When Smash Factor is optimized with an iron, we see longer iron yardages but as importantly, if not more importantly, more consistent iron yardages between their good shots and their not so good shots.”

Then Stumpf moved on to evaluation of “…the height and spin of the ball by looking at ‘Land Angle’. This number ties into how the spin rate and launch angle either worked together or didn’t on the shot. Because what’s considered ‘Optimum’ on launch and spin depends on the ball speed the player produces, and because different players have different ‘Attack Angles’, there is no one launch angle and no one spin rate that works for everyone. It depends on how they work together for the individual. Land Angle (measuring how steep the ball is descending) shows me whether or not the player is getting the best compromise between carry distance and roll with the driver, as well as carry yardage and effective stopping action on the irons.”

“Finally I look at ‘Face Angle’ and ‘Club Path’. Depending on the golfer’s directional miss, we either look at heads that are neutral, closed, or open in their face angle to get them hitting it straighter down the fairway, or at the very least, reduce the severity of the miss and get more consistency with the off-line direction of the ball. The best players in the world don’t hit the ball dead straight on every shot, but the better players do know that if they’re going to miss, it’s likely only going to be in one direction, and that the miss is playable. The weight of the shaft we also find to influence the ‘Club Path’, with the trend being lighter shafts working better for faders, heavier shafts working better for drawers of the ball.” 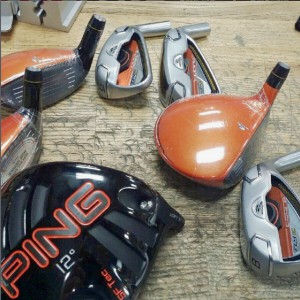 rtainly possible to help anyone that comes in. The common misconception is that we’re here only for the scratch golfer. Nothing could be further from the truth. My average customer is about a 10 to 15 handicap. If they care about the scores they shoot then I can help them. One of the common questions I field is “What if I’m swinging different the day of the fitting?” The reality is as “off” as our swings can feel at times, the general shape of our swings are about the same. I’m not being funny when I say it’s actually my preference to fit someone who is a little “off” in their swing because I know how to better assist them based on their misses. If someone comes in and just stripes everything it can be harder to see what will be better for them when they’re struggling….which for most of us is more often than we might admit!”

And a word of advice, “Once properly fitted, the performance difference between most clubs from one year to the next is often times small. There are certainly instances where one of the vendors makes a major breakthrough in their technology causing noticeable improvements, but generally speaking most people will start to see an appreciable difference in technology every 3 to 5 years after being properly fit. The head technology changes much quicker than the shaft technology, with heads changing every year, and most shafts having at least a 3 year product cycle.”

With this in mind, a visit to Club Champion can be the best investment in your game you have ever made.