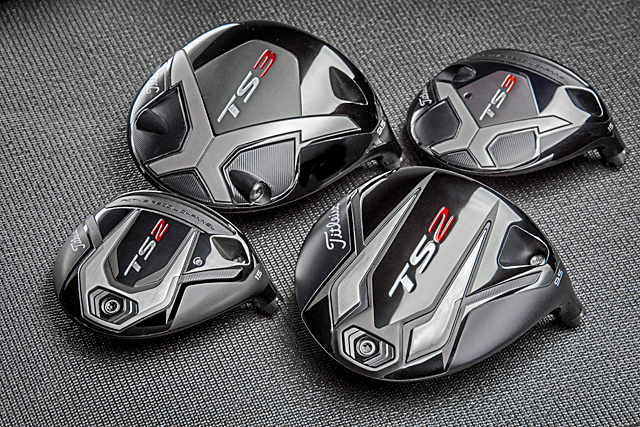 Titleist is the number one ball company and will remain in the top spot for the foreseeable future. The company says sales of the new softer AVX ball are “off to a fast start” and iron sales have been a bright spot as well, making up a large part of the almost 25% increase in club sales through the second quarter of 2018. The new 718 AP3 players-distance irons leapt to the best-selling slot in the 718 family complimenting the game-improvement 718 AP1s and players model 718 AP2s.

Drivers and fairway woods however haven’t been doing as well. Titleist is the second most played driver on the PGA Tour behind those from TaylorMade Golf but at retail Callaway Golf has beaten both companies and solidified its top position in woods and irons. Titleist needed a 2019 driver line to replace the 917s which were considered by many underperforming, producing too much spin and not enough yardage. The company had to have a driver to get consumers excited and the best way to do that is to perform better than the competition.

Their answer was the Titleist Speed Project, a research program to find the highest ball speed combined with lower spin, retention of more ball speed on off-center impacts and higher launch.

All are key factors in producing more effective yards off the tee or for that matter from the fairway and the drivers and fairway woods coming out of the Project have been labeled TS (Titleist Speed). The new drivers were first “seeded” to endorsement staff members at the U.S. Open in June with the TS2 and TS3 replacing the 917 D2 and 917 D3 respectively. 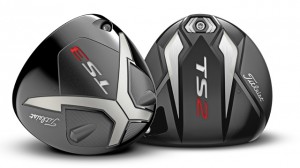 -More streamlined 460cc head to reduce aerodynamic drag
-MOI or resistance to twisting improved by 12% compared with 917 models
-Titanium crown, Titleist’s thinnest ever, is 20% thinner and 10 grams lighter
-Variable thickness face is 6-grams lighter so score lines had to be lasered not etched
-Stock shaft length increased one-half inch from 45 inches to 45.5 inches
-Loft and lie may be separately adjusted with the familiar SureFit hosel

The sole slot behind the face which they called an Active Recoil Channel first seen in the 915 D2 and D3 drivers is gone. Titleist says it wasn’t needed to help low-on-the-face impacts in the drivers, but it is still being used on the TS fairway woods.

The TS2 driver has a fixed rear sole weight which moved the center of gravity lower and deeper in the head and due to the grams saved in the face and crown it could made heavier. The TS2 is a high launch low spin design and available in a choice of 8.5°, 9.5°, 10.5° and 11.5° lofts.

The TS3 driver retains the SureFit reversible weight cartridge in the sole from the 917s and produces a flatter mid launch trajectory compared with the TS2 but with reduced spin compared to the 917 D3.

TS fairway woods use a thinner stainless crown 27% lighter than the 917 models and they made the variable thickness face thinner near the edges. This allowed positioning of the center of gravity for a lower spin and higher launch trajectory. MOI of the clubhead improved 11% giving better stability and adding to the forgiveness. Both the TS2 and TS3 fairway woods also have a larger Active Recoil Channel to help preserve ball speed when contact is low on the face. The TS2 is a low-spin high launch design while the TS3 is low spin and mid launch. Both are priced at $299.