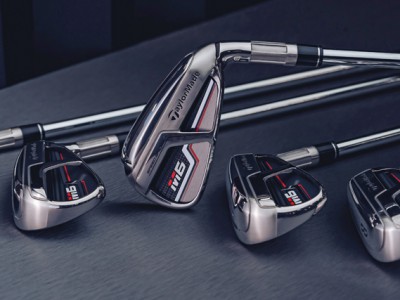 After TaylorMade Golf made the announcement of a pair of drivers with a feature not seen since the days of persimmon woods and balata-cover balls, namely face screws in the M5 and M6 models, its not too surprising they would come up with another example of uniqueness and innovation in the new M5 and M6 irons.

The fourth generation of TaylorMade Golf’s M series irons includes the players-distance category iron M5 for low to mid handicaps and the M6 for mid to high handicaps. With the M6 firmly in the game-improvement category the M5 is aimed at those wanting more of a players-iron look but not ready to go all the way the recently introduced and well-received P760s.

The uniqueness of the M design starts with a Speed Bridge, a robust metal piece tying the topline to the lower part of the iron below the cavity back. TMaG says it is the result of “extensive use of computational modeling and optimization” and in effect stabilizes the head at impact without adding a lot of weight where it shouldn’t be. The Speed Bridge also has helps with the sound and vibration dampening but importantly works together with the sole slot (Speed Pocket) to produce more ball speed. 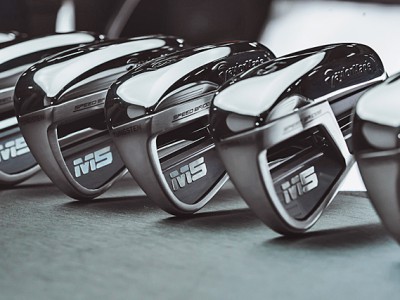 The Speed Pocket itself has been redesigned for more spin especially for hits low on the face and their testing shows it the M5 and M6 have higher ball speed than the 2017 M3 and M4. The design includes multi-material badges called Hybrar that are part of the iron’s back since the top of the head is stiffer due to the Speed Bridge the point where the face flexes the most is lower. Hybrar provides more efficient dampening.

Matt Bovee, Senior Manager, Product Creation talking about the M6 model was quoted saying, “At TaylorMade, we have always strived to push the performance envelope to give players maximum distance and forgiveness in our game improvement irons. Our new Speed Bridge technology allows us to do exactly that while improving sound and feel at the same time. “

The interior of the M5 and M6 haven’t been overlooked either. To help maintain ball speed across the face and making a larger sweet spot there is TaylorMade’s proven Inverted Cone Technology a configuration sometimes compared to an upside-down volcano. 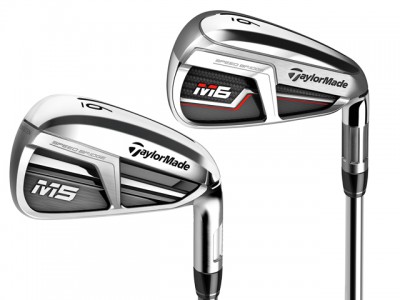 Key Features: Speed Bridge from topline to below cavity Hybrar Compression Damper New Speed Pocket design Inverted Cone Technology
Retail Price & Availability: M5 $999 steel shafts and $1,199 graphite shafts M6 $899 steel shafts and $999 graphite shafts At retail Feb.1
Need to Know: M5 and M6 have a structural metal bar stiffening the top line and a sole slot to give more ball speed with a thin face using TMaG’s Inverted Cone design. Additional vibration dampening and improved feel come from multi-material badges in the back cavity. Hosel is fluted to reduce weight and cavity is undercut to lower center of gravity. M5 is a players-distance iron (45° pitching wedge) with a more traditional looking head and tungsten toe weighting in the long and mid irons 4-7. M6 (43.5° pitching wedge) is a game-improvement iron with a wider sole and more offset.