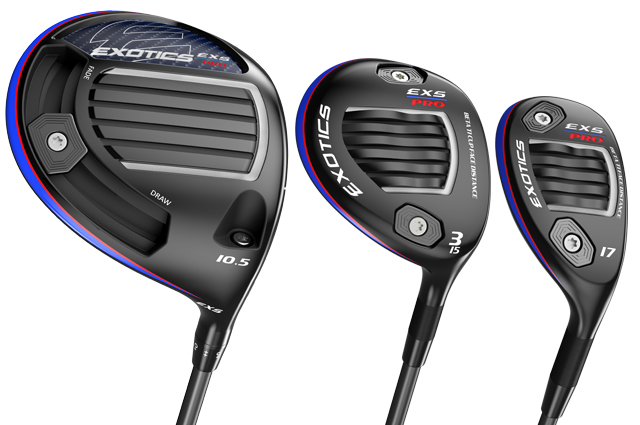 One Liner:
As America’s economy gradually reopens Tour Edge Golf is the first of the major manufacturers to release details on a new club family, the Exotics EXS Pro Metalwoods.

WYNTK:
With the anticipation of golfers returning to the game and getting a marketing jump on their competitors Tour Edge announced an entirely new club family, the Exotics EXS Pro metalwoods. They tell me the originally protypes were intended for players on the professional tours and after input from the pros the decision was made to make them available to the public.

“At first, we were just designing prototypes for the pro tours, but along the way, we realized that the market has a need for these tour-inspired designs as a limited edition series,” said Tour Edge President and Master Club Designer David Glod. “With our previous Exotics launch, the EXS 220, we designed our most forgiving and stable clubs we’ve ever produced. The EXS Pro line is designed to bring the level up with the more traditional player with a faster swing speed who is looking for anti-left clubs with extremely low spin and penetrating ball flights.”

The driver has a classic pear-shape with new features including a sliding weight along the rear of the clubhead plus from last year’s Exotics EXS 220 model the Diamond Face which has 33 “mini-trampolines” to improve ball speed plus the internal Sound Diffusion Bar.

Glod also made the point the EXS driver and fairway woods are built to have the performance and quality to provide the same or better results than other makers clubs costing much more.