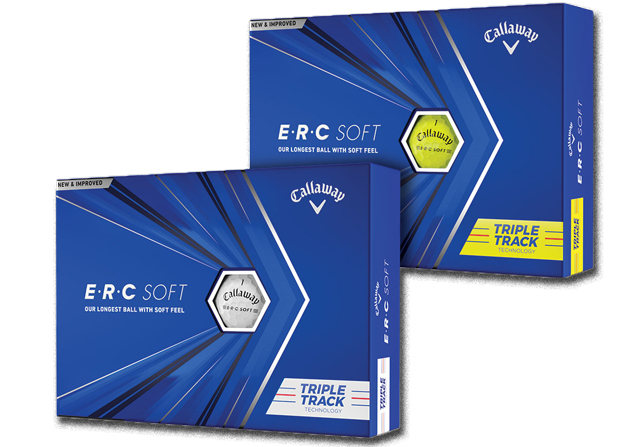 Callaway says the ERC Soft is their longest ball with soft feel and for 2021 it has a new cover material and core to promote maximum distance along with greenside control.

WYNTK:
Since 2015 Callaway’s ball lineup led by the premium Chrome Soft and Chrome Soft X has made it the number two selling brand in North America behind Acushnet. However, for the average weekend golfer wanting a low-spin ball off the tee while still having enough spin to control the critical scoring shots around the green the ERC Soft is a viable choice.

The ERC Soft has a three-piece construction and Callaway is talking a lot about the new cover. Called the Hybrid 2.0 Cover it is a blend of a high flex modulus ionomer, a highly neutralized ionomer and an impact modifier called Paraloid produced by DOW Chemical. Callaway’s R&D people made valiant effort to explain the whys and multitude of interactions between the three plastics in the blend, but my Labrador retriever probably understood about as much as I did.

The bottom line according to Callaway is a ball with the desirable properties of high launch and low spin from the tee, soft feel for the scoring shots and durability. The Triple Track Alignment is not new, but I see an increasing number of players taking the time to use it including myself.