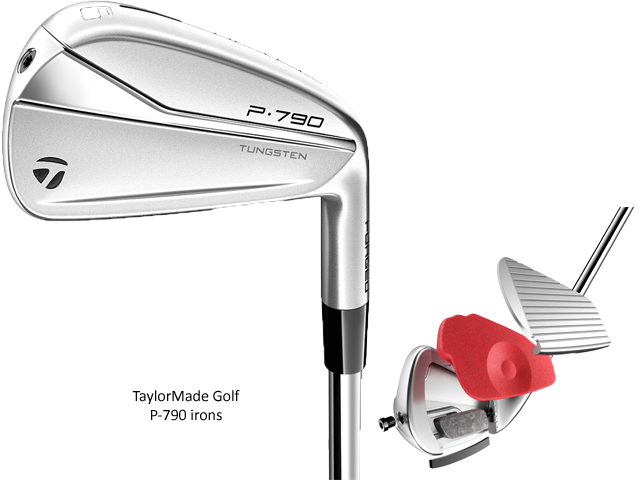 TaylorMade Golf’s P-790 model have been a popular choice in players-distance irons since the original introduction and now a third version has been released featuring a newly formulated foam filling in the hollow head construction.

WYNTK
Since the first version was introduced four years ago the P-790s quickly became one of TaylorMade’s bestselling iron models attracting attention from better players as well as mid-handicappers wanting a clean-looking blade that still had mishit forgiveness.

A new foam filling for the heads, SpeedFoam Air, is being promoted as a significant advancement since it is 69% less dense than the previous formulation. It saves an average of 3.5g per iron which matters because the head weight is then shifted towards the perimeter and the center of gravity is lowered for better launch and more forgiveness.

Matt Bovee, Product Creation, Irons for TaylorMade was quoted saying, “SpeedFoam Air is the heartbeat of the new P·790 irons. The development of this lightweight urethane material allowed us to strategically reconstruct the iron head to promote optimal launch conditions and a sweet spot that covers the most common strike points on the face.”

The L-face of the P-790s at 1.5mm is the thinnest they have ever produced and that translates into more ball speed and smoother feel.

From studying the impact point of the ball for several thousands of shots TaylorMade engineers improved the shape and location of each iron’s sweet spot which is aided by up to 31g of tungsten and the now familiar Thru-Slot Speed Pocket.