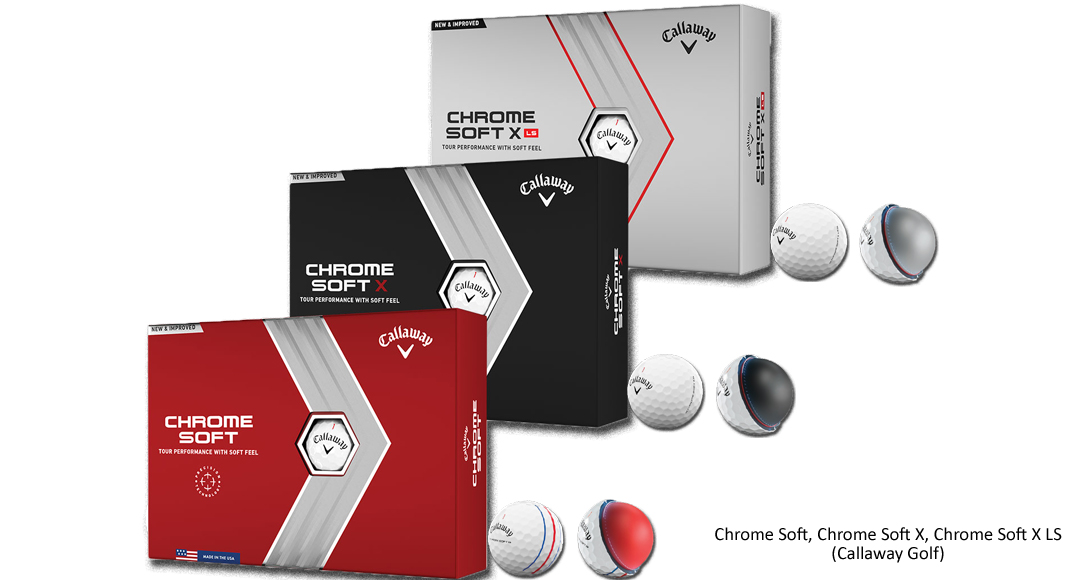 Since Callaway made a major investment to upgrade their ball making facility, they are better able to control manufacture from start to finish and this shows in the new Chrome Soft ball series each of which also has a new core formulation and cover pattern.

WYNTK
Callaway Golf has improved its position in the golf ball market over the past few years becoming a solid number two behind Titleist. To help close the gap further and tackle the fact their top-of-the-line model lacked consistency Callaway made a $50 million dollar investment in the Chicopee, Mass. ball plant.

The outlay seems to have paid off in addressing the problem.

The latest Chrome Soft trio have a very low “concentricity offset,” a fancy way to say the ball’s core and outer layers are perfectly centered to improve their ability to deliver the performance for which they were designed with the highest level of consistency. An off-center core, even one just slightly off, can exaggerate the curvature of a hook or slice to the extent making a controlled trajectory unlikely accompanied by the possibility of less distance. Callaway’s new more precise process control during manufacture includes a digital high-definition 3D X-ray of each ball to ensure all layers are the proper thickness and exactly centered.

Of interest and as an expression of the position Callaway balls have gained on the PGA Tour. The winner of last year’s U.S. Open Jon Rahm, winner of the PGA Championship Phil Mickelson and Olympic Gold Medalist Xander Schauffele all played Callaway’s Chrome Soft X model. We aren’t saying this has monumental significance only that these are the type of wins Titleist’s Pro V1 could usually point to. In fact, it is said world number one Jon Rahm switched from playing TaylorMade Golf clubs and balls to Callaway primarily because of being able to play the Chrome Soft X ball.