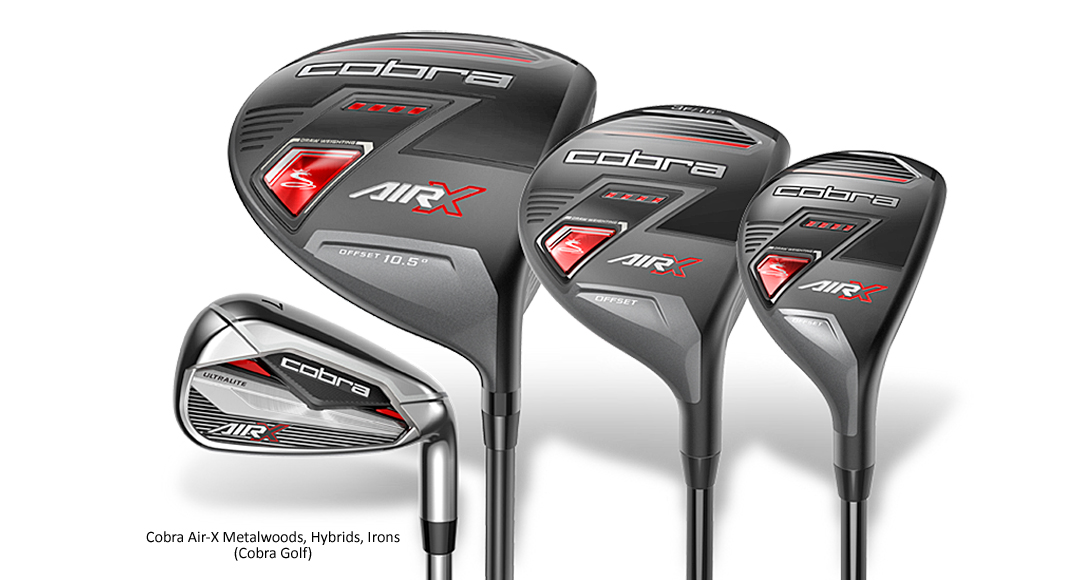 Air-X woods, hybrids, and irons from Cobra Golf for men and women have lightweight components and construction to promote faster swing speed for more distance along with features making them easy to hit.

WYNTK
After three years the F-MAX line receives an update reflecting both new technologies and design with the introduction of the Air-X family with an eye to making clubs of very low weight which assist slower swing speed players to gain clubhead speed for more distance. Individual club weights were lowered, in a couple of cases dramatically, while providing lots of forgiveness and stability which are key factors in this category of clubs.

Using the driver as an example the carbon fiber crown was thinned by 30% giving a weight savings of 5 grams with 3 grams relocated in the head and 2 grams passed along to lower overall head weight to 190 grams. At the same time the MOI or resistance to twisting at impact was kept at a high level giving a combination of less weight which promotes added yardage while retaining head stability at impact.

The Air-X driver stock shaft is less than 50 grams, and the grip a Lamkin light 37-gram model. In total the driver tips the scale at just 277 grams or 40 grams less than what is considered “normal.”

In addition to helping with more swing speed the Air-X driver also has added weight in the heel and offers a neck with pronounced offset to straighten out drives for those whose tendency is to slice. For players not wanting lots of offset there is also a straight hosel version available.

The less weight theme is continued through the entire family of fairway woods, hybrids and irons.

In March AIR-X clubs will be available in a complete set making them a good choice for beginners and the set comes complete with a 14-way cart bag.