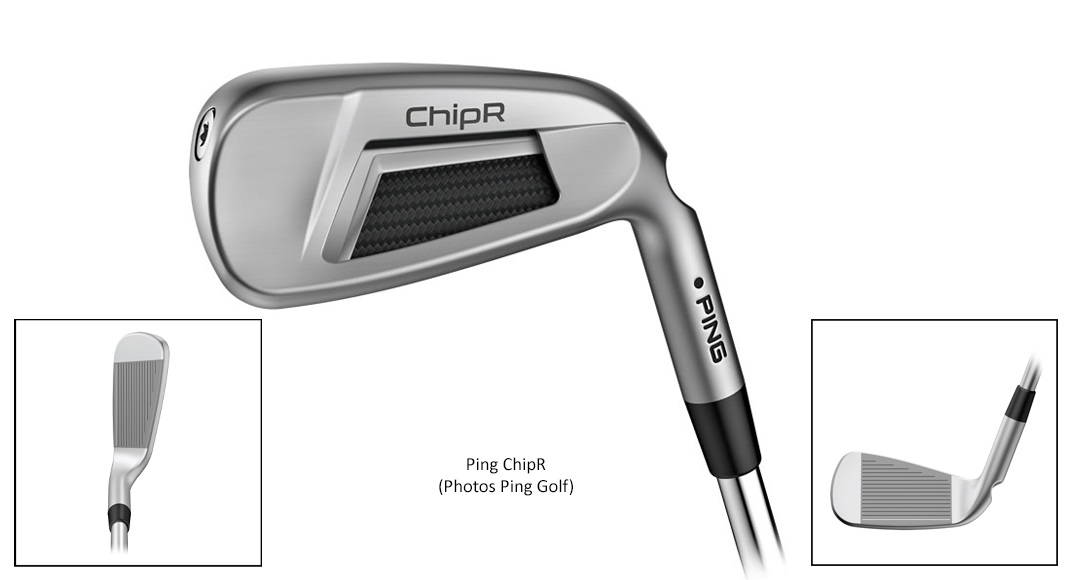 The new Ping ChipR is, as the name implies, replaces a wedge around the green for those who have trouble chipping and is designed to be used with a conventional putting stroke.

WYNTK
Ping knows some of us have trouble hitting chip shots with a wedge; a shot that requires less than a full swing and lots of touch. The company had previously addressed the problem with the venerable Ping Chipo over 40 years ago and the ChipR–part putter and part wedge–obviously borrows from the Chipo, but the new club is much different and even easier to hit.

It’s not a putter with lots of loft nor is it a funny looking wedge, it’s a bit of both. The ChipR is designed to use a putting stroke to hit shots traveling a minimum distance in the air with lots of roll out and solves the problem of chunked or bladed or even shanked shots around the green.

The ChipR has lots of weight around the perimeter and the offset of the head to the shaft is an almost nonexistent 0.10-inch. At 38.5° the loft is roughly that of a nine iron and the 35-inch length is about the same as a putter as is the 70° lie. To further smooth turf interaction during the stroke ChipR’s sole has a decided camber which promotes a clean impact even when hitting from long grass. The hosel is notched both to reduce its’ weight which shifts the center of gravity towards the clubhead’s center and to facilitate customization. Additionally, to further provide more control of the shot the grip is longer and has less taper than normal.

“Golfers who fear chunking or blading their chip shots are really going to benefit from the new PING ChipR,” said John K. Solheim, PING CEO & President. “We’ve learned a lot since my grandfather, Karsten Solheim, invented the Chipo, but his insights were spot on as always. Our research indicates 1/3 of golfers who tested the ChipR saw better results compared to a traditional wedge. We’ve engineered a lot of technology into the ChipR to help golfers avoid the poor chip shot and save strokes around the green. It represents another score-lowering option from our engineers for golfers in search of game improvement and more enjoyment on the golf course.”