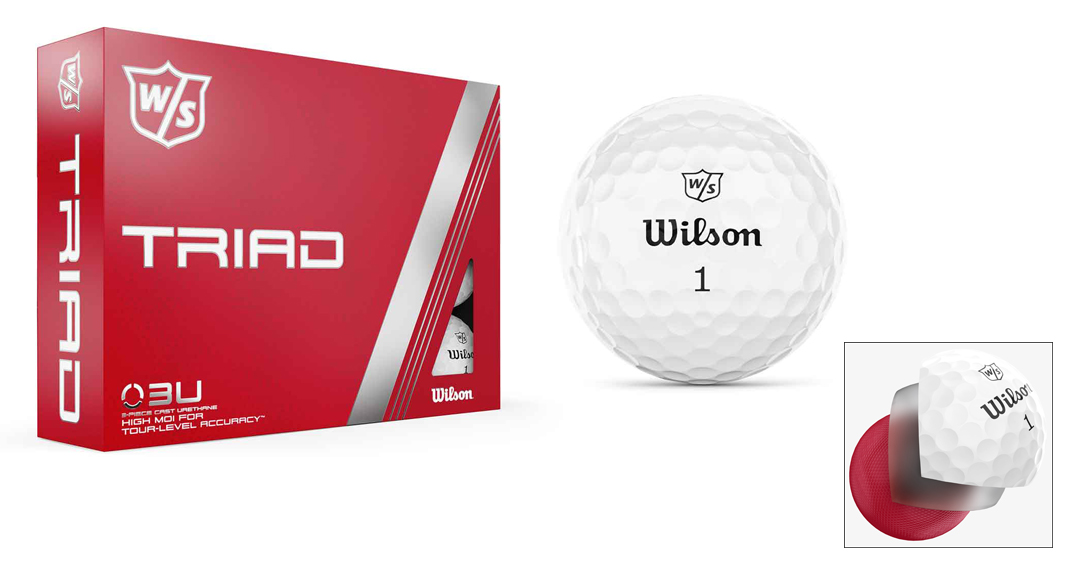 Wilson Golf’s Triad is a three-piece urethane cover mid-price ball for players looking for the advantage of a ball with greater control around the greens without sacrificing distance.

WYNTK
Wilson has slotted a new model in their ball lineup between the Duo Soft+ ($22.99 dozen) and Staff Model ($44.99 dozen). Priced at $39.99, the Triad is worth a look for those wanting a urethane cover product that offers control around the greens as well as those wanting one with features similar to a premium ball at a lower price.

Triad’s design moves weight from the core to the mantle to improve in ball’s stability in flight, in effect raising the resistance to twisting or MOI just as is done in designing a driver for additional forgiveness.

“Wilson Golf has strong heritage in building premier products for golfers at all levels. We are very excited to introduce this innovative golf ball for a growing community of competitive players who want to take their game to the next level,” said Tim Clarke, General Manager, Wilson Golf. “The competitive golfer striving to break 80 is who Wilson Labs had in mind while engineering the T3 Technology of Triad, allowing for pinpoint accuracy from anywhere on the course.”