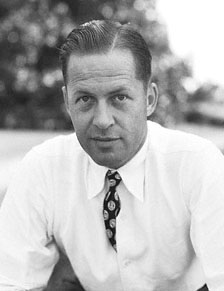 Masters week is an appropriate time to remember tournament founder Bobby Jones, who dominated his era as no one has ever done and there are a bushel of numbers to illustrate the point. Numbers such as Jones’ winning the four majors in 1930, the Grand Slam of the U.S. Open, British Open, U.S. Amateur and British Amateur.

His record shows from when he won his first U.S. Open title in 1923 through his 1930 U.S. Amateur win he played in 20 major championships and won 13 times. 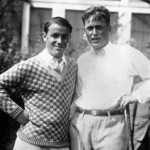 et that sink in for a moment…playing as an amateur against professionals of the caliber of Gene Sarazen and Walter Hagen he won 65 percent of the time.

And then he quit. He had climbed his personal Everest and the only direction he could go from there was down.

Besides he was tired, worn out from the strain of playing at such a high level as well as from the travel which in the 1920s was arduous, many days and nights on trains or steamships.

There also was another important factor in his decision, Jones needed money. He was not independently wealthy and while an amateur he couldn’t play for pay. He had to generate an income from his fledgling law practice and other ventures to support his wife and children.

Therefore, a month and a half after winning the U.S. Amateur for the last time he sent a letter to the USGA announcing his retirement from championship golf and renouncing his amateur status. 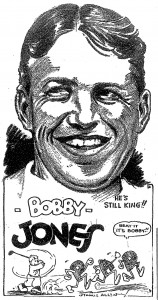 sional Jones most certainly could have commanded huge fees for exhibitions just as Walter Hagen was doing or he could have played for prize money on what passed for a professional tour in the Depression years of the 1930s. But reflecting the times any money he won would have paled in comparison to the potential exhibition income.

So he did neither. Jones sent the letter because he knew the USGA rules strictly defined what constituted being an amateur and he was planning to make money from ventures related to golf so he would have been in violation. This in spite an earlier ruling by the USGA that money Jones received for a column appearing in several hundred newspapers did not somehow violate his amateur status. Inconsistent to be sure but probably more a reflection of the prevalent opinion a journalist was above the common drudgery of earning money from the game in contrast with lowly professionals. 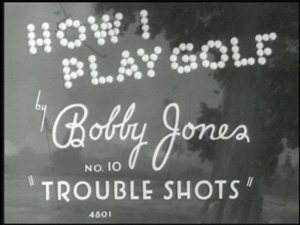 sake of making money. In fact his best known project wasn’t an endorsement deal at all but an immensely popular series of one-reel instructional films shown in movie theaters entitled “How I Play Golf.” Even today these films are worth watching, filled with information about the golf swing though Jones disliked what he called the “corny” story lines transparently centered on him giving lessons to movie stars.

His most profitable venture was getting into the club business and he became intimately involved with the design of the club line bearing his name manufactured by A.G. Spaulding Company. Interestingly the fact Jones autograph-model clubs had steel shafts was a major factor in sealing the demise of hickory shafts…”If Bobby says steel is OK, it must be.”

So the bottom line is according to the Rules of Golf Bobby Jones, the greatest amateur golfer of all time, was not allowed to be an amateur any longer.

Images courtesy of the USGA.

Standard bearers for the 1930 U.S. Amateur at Merion Golf Club.

Bobby Jones in 1936 after his competitive career was over.

Drawing of Jones in 1929 before the Grand Slam