Editor’s Note: The following is a report on some original thinking about that much talked about topic of ‘Growing the Game’. Millions dollars have been spent (and much more will be spent) to both retain those who presently play and attract new people to this fascinating and frustrating pastime. Growth is vitally important but unfortunately often only the same ideas are discussed. Some of the points covered in this Dyson article are perhaps not worth developing further but some have real merit. 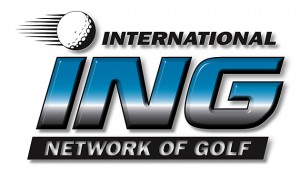 According to Kenneth H. Blanchard, author of “One Minute Manager” and 23 other best-selling motivational books, “None of us is as smart as all of us.” So Michael Jamison, executive director of ING (International Network of Golf) was right on when he charged 30 or so golf writers to come up with innovative ways to improve the golf scene.

The writers had come from all over the United States to Mesquite, Nevada for ING’s Fall Forum and during conference sessions participants were broken into three brainstorming groups and asked, “If you were King for a Day what five things would you implement to grow the game.”

After spirited presentations by each group, a number of innovative ideas were proposed proving once again the wisdom of Blanchard who has also said, “Feedback is the breakfast of champions.” Here are the winners, the result of a vigorous verbal feeding frenzy.

Provide universal yardages between tees-Distance between all tee markers should be consistent. Too often the distance from the forward tee to the next one back is 1,000 yards or more while subsequent tees have more realistic increments of less than 500 yards. When there is a discrepancy, create combo tees to add up to the desired yardage. Thus those wishing to play 5,400 yards instead of 4,900 yards or 6,000 yards would be able to follow the Red/Green tees, sometimes playing red, sometimes moving back to green. Rate at least the two forward tees for women.

Pay more to play back-If your handicap according to the Tee it Forward recommendations requires you to play a tee forward of where you want to play, you’ll be charged a supplement. Not everyone is an expert golfer capable of playing from the tips, but if that’s what you like, you just need to pay a little extra to play them. This should speed up play. If you don’t have a current handicap, a color-coded driving range could be used to determine how far you hit the ball and thus which tee you should use.

Assign mentors to new golfers-Assign club members to mentor new golfers. Mentors could invite non-golfers to join them at the course and introduce them to the pro. The mentor should encourage new golfers to take lessons and/or join a clinic, talk with them about good course etiquette, what to wear etc. and offer to play a few holes with them when they’re ready. Follow-up also most important.

Pro participation-At some courses, pros are so busy in the shop they don’t get out on the course with their members. It would be helpful if they could devote some time each week, perhaps joining some golfers for a hole or two, joining them on the range and making it a point to welcome new members.

Offer shorter options for play-Time constraints are huge deterrents for potential golfers. To attract those who don’t have four hours to play there should be more nine-hole rates and courses routed so players could play nine holes and end up back at the clubhouse. Consider designing new courses in a cloverleaf to permit play of 6, 12 or 18 holes returning to the clubhouse in the middle (6,6,6 or “the Devil’s Loop!”). More “pitch n’ putt” facilities lit for night play would also build interest in the game.

Simplify rules for amateurs-Rules, especially for beginners, can be intimidating and confusing. Create a new set of simplified rules for beginners and those who are not participating in tournaments.

Develop Skills Scoring Game-For new golfers, instead of using the stroke play system that can be a mind-blower when you get a double-digit score on a hole, create a new way of scoring based on skills with its own card. Award points for skills i.e. points for hitting fairway on drive, getting out of bunker in one, one putting, two putting, etc.

Encourage more Stableford play-Whereas stoke play can be discouraging, especially for inconsistent golfers, Stableford, popular in Europe, throws out any score higher than a double bogey but awards points for bogeys, pars, birdies and eagles. The golfer with the most points wins and a handicap system levels the playing field.

Player’s Club-Designed for single players, clubs could set aside a block of time inviting those with a Players Card (available for a fee) to show up and play with other singles.