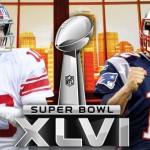 It’s that time of the year.  Tomorrow our nation will come together to watch the Super Bowl and the ads for the Super Bowl.  A few years back I told a gal friend of mine that Super Bowl parties were great places to meet men even if you know nothing about football.  You see with a huge group of men all interested in the game the only thing that would be it better is a gal who actually wanted to talk about the game.  And the best part is you don’t need to really know anything about football.  Once you ask the questions the guys will do all the talking (which I guess is par for the course.)

Armed with my 3 questions my friend came out of the party with 4 dates.  At some point in the chat she had to fess up about not knowing much about football.  But hey, it works.  And so, in response to the 1000s of requests I get each year I bring you the ‘3 Super Bowl Questions Every Woman Should Know’:

So the NY Giant (in the blue uniforms) have one of the most impressive defensive front lines in football.  And what’s so amazing about it is that some of their best players came back from injuries just a couple games before the playoffs.  Mid-season no one expected to see the Giants in the playoffs.  It’s their defensive front line who’s made that happen, those are the 4 guys who are directly opposite the offensive line.

Rob Gronkowski is one of two massive tight ends for the Patriots (they wear silver helmets with the logo on it.)  The other is Aaron Hernandez.  Gronkowski set several records for tight ends this year.  He’s very fast for a 6’5″ 265 guy and has great hands.  He has a high ankle sprain from the last game he played.  It’s been talked about 2x an hour on ESPN Sportcenter for the last two weeks.  He’ll be able to play ok for the first half.  But the long half time at the Super Bowl will mean it could really hurt in the second half.  http://en.wikipedia.org/wiki/Rob_Gronkowski

So Gronk spikes the ball after a touchdown.  It’s a throw back move to a different era.  It’s just that he spikes it really hard.  It’s his signature move.

Victor Cruz is a slot receiver for the Giants.  An undrafted player who ended up starting because of injuries and has had a huge year.  Cruz’s signature move after a TD is a little salsa dance.

So yes, I realize I’ve written this at a beginner’s level.  And in case you truly don’t know anything about football, know three things.  A touchdown is 6 points and afterwards you can get another point for a field goal or 2 points if you get the ball in the end zone from 2 1/2 yards.  A field goal is 3 points.  On offense when you have the ball you have 4 downs to move the ball 10 yards.  If you move it 10 yards you get 4 more downs.  All of the rest of the rules make football seem like Law and Order.