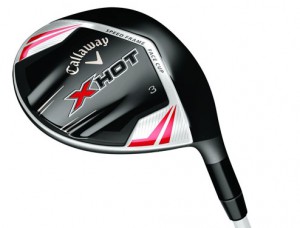 Sales in other categories, including irons, balls and putters, each were down in Q2 and the six months. The company reported overall Q2 sales at $250 million, an 11 percent decline from Q2 of 2012; six months sales fell five percent to $537 million.

Those earnings numbers, combined with the increased sales in metal woods, give Callaway room for optimism moving forward, although the traditional two top selling periods are behind it.

“For the first time in my tenure (16 months) and, hopefully, the start of a trend, I’m happy to start by saying we’re pleased with our results,” said Callaway President Chip Brewer. ” Our sell-through, brand momentum, margins, operating efficiency and cost management were all improved.

“Our marketing and our product appear to be resonating well with consumers both in the U.S. and abroad, especially our X Hot product line, in particular, the X Hot Fairway Wood, has returned Callaway to a position of strength in this important category.”