Orlimar has signed well-known putter designer to create a Signature Series of Orlimar-branded putters. The Signature Series by Orlimar will comprise of four putters and will debut in October with a suggested retail price of $199

Moore, who has been designing putter for 50 years, probably is best known for his work with Maxfli Golf. 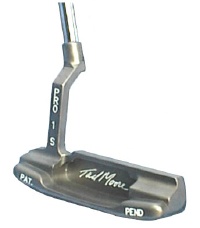 “We are fortunate to be able to partner with such a brilliant club designer that has an incredible reputation for innovation and quality work in the putter category,” said John Runyon, president of Orlimar. “His designs have a classic and timeless shape that appeal to the majority of golfers.The design elements that Tad is utilizing in the new series of putters will give golfers a more consistent roll and help them with distance control, which is one of the most important elements for good putters.”