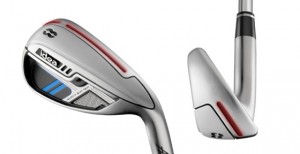 Adams Golf has made its mark over the years with its Idea lines of irons, which traditionally have been among the better performing game-improvement irons in the marketplace. Now the company is coming with latest edition – New Idea Hybrid irons – it says helps players higher ball speeds and are more forgiving, especially on off-center shots.

Adams Golf says its research shows that golfers with 15-plus handicaps make the majority of contact nearly one-half inch toward the toe, not on the club’s sweet spot. Each of the new New Idea Hybrid irons, according to the company,  are specifically designed to enhance the face speed in the area where those players need it most.

“New Idea irons are definitely our easiest to hit, with measurable improvements in ball speeds and forgiveness where players require it most,” said Justin Honea,  senior director of research and development for Adams Golf.  “With a concentration on developing technology that golfers really need, we created  wraparound slots on the toe to compensate for a very common missed hit.”

The standard set of the New Idea irons starts with Adams’ hybrids (3-4-5) that feature the company’s Cut-Thru sole slots located behind the face, visible on the crown and sole of the clubs.

With transitional hybrid irons (6-7) in the set, Honea said these clubs “bridge the gap” between the hybrids and short irons. The 270-degree slots start from the heel area and cover the sole around the club head to the topline, which Honea said allows the unsupported face to flex for higher ball speeds and more forgiveness no matter where the ball is struck on the face.

“There’s tremendous emphasis put into transitional hybrid irons, particularly with the addition of the toe slot,” Honea said. “The wraparound slots allow us to seamlessly replicate the hot faces of our industry-leading hybrids.”

Completing the set are three scoring irons (8-PW) that Honea said provides the benefits of traditional cavity back irons, with the additional advantage of wraparound slots.