Bridgestone is unveiling its new generation Tour B330 and Tour B330-S at this week’s PGA Merchandise Show in Orlando. The new models, each of which feature the company’s new Hydro Core Technology, will be available Feb. 1 with a suggested retail price of $58 per dozen meaning they will have a street price of $44.99 per dozen.

According to Bridgestone, its engineers developed and tested countless compounds for the core of its new B330 line.  That’s when the engineers discovered that a prototype with water in its core formulation produced 30 percent more gradation. This increase allowed for greater spin reduction from the inner and outer regions of the core producing longer distance and improved accuracy. Thus Hydro Core Technology was born.

Like its predecessors, the new B330 and B330-S golf balls each feature a four-piece urethane cover construction, as well as Bridgestone’s Dual Dimple Technology. The B330 and B330-S, according to th company, are optimized best for players with swing speeds above 105 mph. The B330 is designed for players with a distance preference while the B330-S is targeted at those seeking maximum greenside spin. 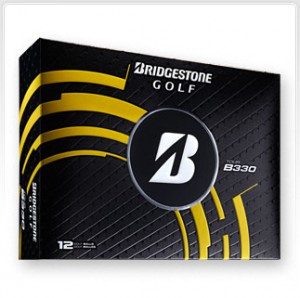