In his 2015 third quarter report today, Adidas Group CEO Herbert Hainer said the European sporting goods giant will reduce its TaylorMade-adidas Golf global workforce by 14 percent by the end of the year. Hainer did not specify whether or not the majority of the cuts will come from TMaG headquarters in Carlsbad, Calif.

“While this will negatively impact profitability by a low-double-digit million euro amount in the fourth quarter, the immediate result will be a more nimble organization, which will have a positive effect on the Group’s profitability from 2016 onwards,’’ Hainer said. 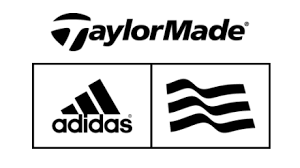 Even the slightest sales increase is good news for TMaG, which has been under fire internally and externally the past year. The Adidas Group earlier this year announced it was considering selling some or all of its golf brands, which include TaylorMade, Ashworth and Adams Golf. Retailers have criticized (openly and privately) TMaG for its fast-moving product cycles and vilified it as the culprit for the glut of inventory in the equipment industry.

TMaG reached its high water mark in nine-month sales in 2013 – at 1,071 billion Euros – thanks in large part to the success of its Rocketballz line of metal woods and irons.