Following up on what it says is the success of its M1 driver, TaylorMade-adidas Golf today launching the M2 drivers, fairways and Rescue clubs to complete the M family. In M2, according to TMaG, engineers utilized the same proprietary multi-material combination, including the seven-layer carbon composite crown found in the M1, to develop a line of products that distance and forgiveness. 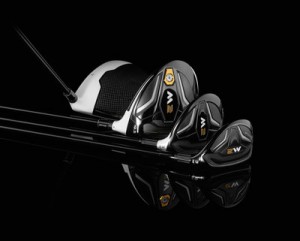 In other words, the M2 line is aimed more at average and higher handicap players than M1. The suggested retail price of the M1 driver, for example, is $399 versus $499 for the M1. The M2 line, available Feb. 19, will be on at this week’s PGA Merchandise Show in Orlando.

TMaG says the M2 driver utilizes inverted cone technology (ICT) to increase the size of the high-COR area of the clubface. ICT, according to TMaG, utilizes a thinner clubface, which would be above the legal limit for COR at the center if it were uniform thickness. However, the inverted cone feature is then added to the center of the clubface to bring that section back down to the legal range, while the higher COR remains out on the heel and toe areas of the face.

Lastly, according to TMaG, the center of gravity in the M2 driver has been positioned low and slightly farther back in the clubhead. In M2, TMaG the moments of inertia (MOI) are among the highest of any club it has ever produced. The increased MOI resists twisting at impact, resulting in farther and straighter shots when struck off-center.

The 12 position loft sleeve of the M2 driver provides up to four degrees of loft adjustment. In addition to the stock Fujikura Pro shaft, TaylorMade will offer upwards of 30 additional premium custom shaft options at no upcharge.