The Scotty Cameron Gallery, a place for golfers to experience the “Art of Putting,’’ the same methodology and technology used by Cameron in fitting the best players in the world, has opened its doors just north of San Diego. Cameron is the long-time putter designer for the Acushnet Company’s Titleist brand. His putters are used by many of the world’s top players and have won numerous major championships. 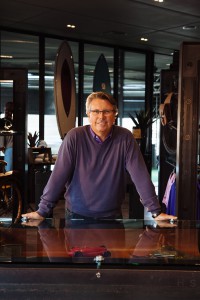 “Opening the Scotty Cameron Gallery is something I’ve dreamed about for a long time. I’ve always wanted to have a place open to the public where I can share the things that I have created and love,” Cameron said. “But above all, the Gallery is a place where golfers can come to understand what is happening between the ball, the putter and the player – and how we get those three things to work in harmony.”

The Gallery It’s an extension of Cameron’s research and development facility in nearby North County San Diego – the Scotty Cameron Putter Studio – where tour players from around the world visit regularly to get fit for putters by Cameron and his team. At the Gallery, Cameron said, golfers will experience the same tour treatment, gaining the knowledge provided by Cameron’s proprietary high-speed video putting stroke analysis tools, as well as the expertise of his fitters.

Fittings are limited and booked by appointment only on the Gallery website, www.scottycamerongallery.com.

“We will have things here that you won’t see any place else in the world,” Cameron said. “When people come into the Gallery, we want them to feel the craftsmanship, the vibe, the experience. This is a place where you come to get fit and learn about your putting stroke, but also to get something that there’s only one of in the world.”