It was inevitable. The adidas Group, (parent TaylorMade-adidas Golf, Adams Golf and the Ashworth apparel brand), has laid off approximately 15 percent of its global golf workforce. Most of those layoffs are believed to be in Adams Golf, which has closed its Plano, Texas, headquarters and moved its operations to TMaG headquarters in Carlsbad, Calif. 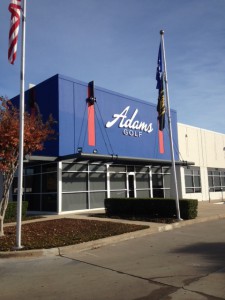 The adidas Group recently reported that TMaG sales fell 27 percent (approximately $315 million) the first six months of this year. The German conglomerate doesn’t provide earnings numbers for TMaG, but obviously those aren’t pretty. Earlier this year a TMaG source told me the company’s earnings dropped from $220 million in $170 million in 2013. I suspect the drop could be even severe this year.

In its official statement, TMaG said it is realigning its workforce “to better meet the needs of our business and ultimately, our consumers.  This includes investing in new areas to strengthen our brands and strategically approach our future to reinforce our leadership in the industry.”

Not much help there, but as usual in these cases, there are a lot of questions: