Tour Edge Golf’s new E8 driver will be available in early October at a suggested retail price of $299.99 – a great price for a driver from a company with a solid reputation for metal woods technology and performance. 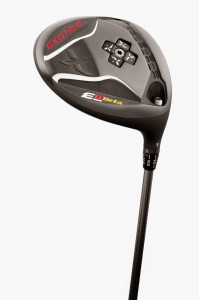 At the core of E8 driver technology, according to the company, is the center of gravity location and its ability to increase ball speed for additional distance.

The E8 club heads will include loft options from 8.5 to 12 degrees in ½ degree increments. Each driver comes standard with a seven–gram weight in the sole, but can be changed with the purchase of an optional weight kit. The three-piece weight kit includes a five-gram, 10-gram, and 12-gram weight, kit ($49.99).  Individual weights are available for $19.99.

Tour Edge says the driver’s swing weight can be adjusted by altering the weight in the sole, allowing players to further dial in their desired flight and feel.