The U.S. Golf Association and R&A might have taken a big hit with Adam Scott’s victory at the Masters. Golf’s ruling bodies want to ban the anchoring of long putters – such as the Scotty Cameron Titleist putter – Scott uses as well as belly
putters. Scott’s victory at Augusta gave long/belly putters the “Slam,” meaning that players using those putters now have won each of the major championships. 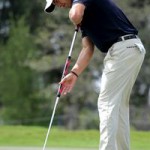 The PGA Tour is opposed to the proposed ban, which if approved, will be implemented in 2016. Will Scott’s victory cause the USGA and R&A to put on “hold” the proposed ban? Tough to say, but it should at least give the ruling bodies cause to reflect.

As for Scott, “I don’t know what it’s going to do,” the Aussie said after his playoff win against Angel Cabrera. “You know my feeling on it all – it was inevitable that big tournaments would be won with this equipment, because you know, these are the
best players in the world and they practice thousands of hours.  They are going to get good with whatever they are using.  It’s inevitable.”

Trouble is, the USGA and R&A always seem to fight “inevitable.”