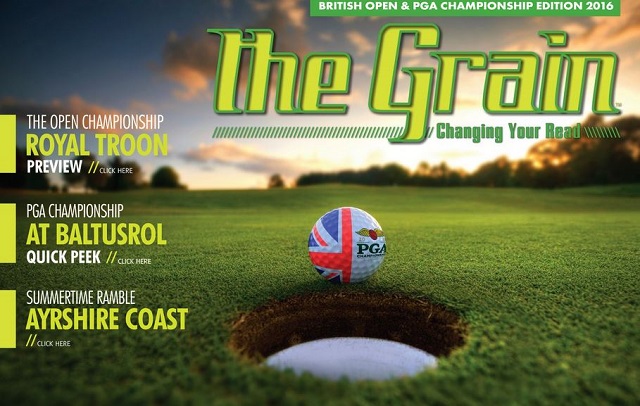 Thanks to the Olympics, we’re publishing a special issue of The Grain this year in the thought that there might still be some golfers who show up in Rio. Meanwhile, Henrik Stenson is still drinking out of the Claret Jug and yet it’s already time to tee it up for the PGA Championship.

This is the centennial year for the PGA of America, and the editor of The Grain, David Gould, takes a look at some of the great tournaments of the past held at Baltusrol. (Can you name the winner of the only PGA Championship held there? We’re not saying, though his first name was Phil.)