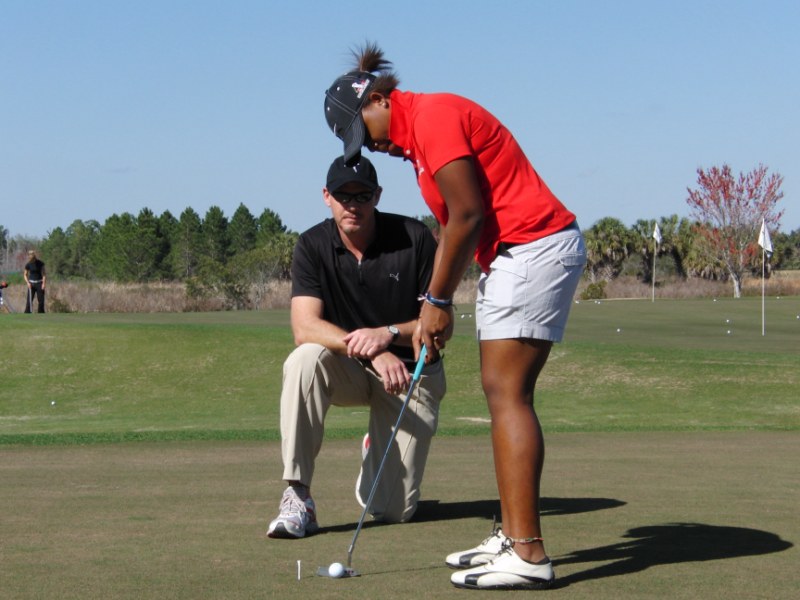 True champions know how and when to rise to the occasion. Monifa Sealy, last year’s Gary Gilchrist Golf Academy Player of the Year, lived up to that billing perfectly at this weekend’s 2010 Bridgestone Golf Tournament of Champions at Grand Cypress Resort in Orlando.

With 26 victories in her illustrious junior golf career, Sealy, a 17-year-old junior from Glencoe, Trinidad/Tobago, is certainly no stranger to winning. But Sealy’s latest victory was one of her more memorable ones as she overcame a 5-stroke deficit with a fearless final-round 69 to win the prestigious season-ending International Junior Golf Tournament event.

Sealy, a member of her country’s national golf team and elite athlete training program, wasted no time in applying final-round pressure on Park by posting birdies on three of the first eight holes. At the turn, the two players were tied and the rest was all Sealy.

Scott Shaffer, GGGA assistant director of instruction and Sealy’s junior golf coach, said Sealy was striking the ball really well during her first two rounds and wasn’t putting that bad, either. She just couldn’t score. Her plan for the final round was focusing on one shot at a time.

The strategy and patience paid off as Sealy “really played solid the final nine holes,” according to Shaffer, who also coaches Yun.

“It was great to see Monifa win,” Shaffer said. “She’s been playing real well the past 3-4 months. The remarkable thing was she was so focused she didn’t know she won by three strokes when she walked off.”

One thing Shaffer is starting to notice about Sealy is her overall growth as a player and person.

“She’s starting to mature as a person and really starting to prepare more and plan more on the golf course,” Shaffer added. “She’s a lot more aware of where she is and what it takes to succeed at the next level.”

Several other GGGA players had strong finishes at this weekend’s Tournament of Champions as well. Consider:

Even more remarkable is Sealy’s victory now gives the Gilchrist Academy an impressive 30 victories this school year – by 22 different players. 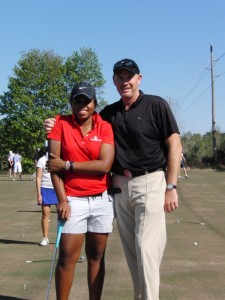 Based at Mission Inn Golf & Tennis Resort 40 minutes outside of Orlando, Gary Gilchrist Golf Academy is the leading full-time junior golf academy in the world. For more information on the various golf programs, visit www.ggga.com or call 1-866-639-9099.