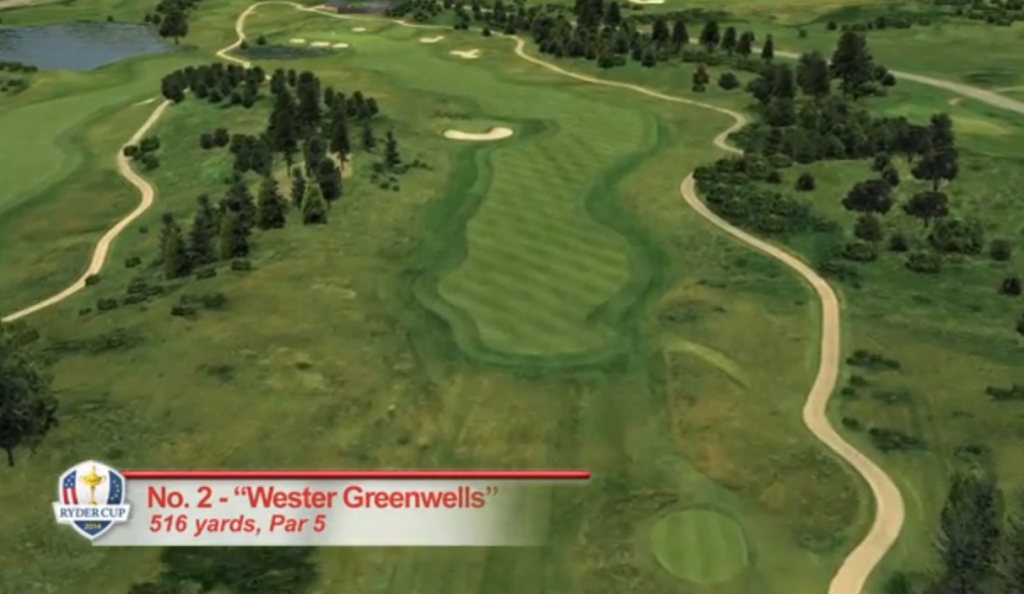 TAKE TWO: Eagles or `others?’ Second hole will be the first of the tempting risk-reward holes at Gleneagles.

If the Americans couldn’t beat the Euros with a full complement of players on home turf two years ago, how can they be expected to win in Scotland with some obvious big names missing?

It’s a gloomy thought on this side of the pond.

That’s especially true when you factor in that Team USA held a 10-6 lead going into the 2012 singles matches on Sunday at Medinah before losing in very discouraging fashion.

And yet, I’m not convinced that the absence of players like Tiger Woods, Dustin Johnson and Jason Dufner is a deal-breaker for the Americans.

I expect Ryder Cup rookie Jordan Spieth to be a warrior, and wouldn’t be surprised if Team USA’s other newcomers, Patrick Reed and Jimmy Walker, also play well. All have shown the skills and toughness to be successful. Being a first-timer didn’t bother Keegan Bradley in 2012, when he went 3-0 paired with Phil Mickelson before losing in singles to Rory McIlroy.

THE EUROS’ SPIRIT IS AN EDGE BUT AMERICANS ARE CLOSING THAT GAP, GREG NORMAN SAYS

When I asked Greg Norman about the Ryder Cup when he was in Chicago recently, he brought up the same point.

“The younger the better, quite honestly,’’ said the Australian star, who will assume Johnny Miller’s color-analyst role when Fox replaces NBC at the U.S. Open next year. “They’re the ones who want to perform, who are keen. Sometimes the old guys get stale. Young blood is good blood.’’

Favorite and underdog labels don’t seem to mean much in the Ryder Cup.

That helps explain why the Euros have won five of six Ryder Cups since 1999 and seven of nine since Team USA’s last win in Europe, at the Belfry in 1993 when Tom Watson was captain.

That said, there are far more reasons to like the European team to prevail.

Here’s the big one: The Euros have better players.

In Rory McIlroy, Sergio Garcia, Henrik Stenson and Justin Rose, they have four of the top six players in the world rankings.

Meanwhile, Woods, Dustin Johnson and Dufner—who have the potential to bring a lot when they’re on their games—will be missed. Add in that Bubba Watson, who has had a very bizarre year since he won the Masters, enters Ryder Cup play as a question mark. And neither Bradley nor Mickelson are looking all that imposing.

There’s a lot for Team USA fans to be concerned about.

And while it’s difficult to predict exactly who’s going to bring their A game, the Euros have been far more consistent at playing well in the Ryder Cup, as their record shows. 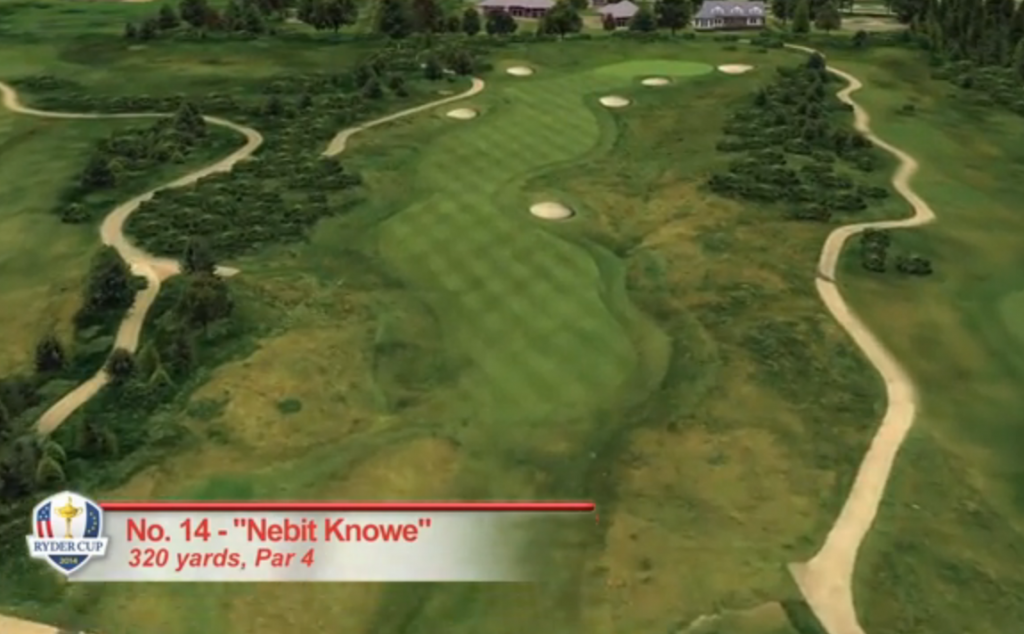 Bringing Watson back as captain is appealing on some levels. It also has a fair amount of risk.

He’s outgoing, He’s tough. He’s a winner. He has aged well. And he has a fine history in Scotland.

And yet, he’s a generation or two removed from these players. Who knows how his leadership act will be received, especially in a crunch?

In short, the Euros seem to have too many cards to play.

Even though this Ryder Cup will be played on a parkland course (rather than a Scottish links) at Gleneagles, the Europeans will have the advantage of course setup and a vocal home crowd. If the weather turns nasty, which is certainly a possibility in Scotland in late September, they’ll be more familiar with that, too.

In addition, the likely pairings of players such as  English duo of Poulter have strong foundations. And even if McIlroy and McDowell (Northern Ireland) are split by that off-the-course legal issue, the Euros are a tight-knit group. They really band together well.

Since captain Paul Azinger famously helped Team USA overcome the mystical camaraderie of the Europeans in 2008 when he led the Americans to their lone 21st century victory, the Euros’ close-knit spirit has been identified as a big key to Ryder cup success.

“The Europeans really [bring] team spirit to the game,’’ Norman told me. “The boys travel a lot together. They share planes, they live in similar communities. They’re always around each other. They play practice rounds together. So it’s very easy for them to get in a locker room with 12 players and team up.’’

“I think the Americans are learning to do that now,’’ he added. “Once they grasp hold of that, there’s no real difference between the caliber of players.’’

I’m not going to buy that in this match-play format until I see it. Except on rare occasions, golf isn’t a team sport. And the Americans haven’t shown the kind of closeness the Europeans enjoy.

On the other hand, if Watson’s positive elder-statesman approach works, Team USA will be competitive. As the underdogs, the pressure, while still intense, will be more manageable with the burden of expectations lighter.

“[The Americans] will be hard to beat this year,’’ Norman said. “The Europeans are a better team on paper than the Americans. That said, the Americans might finally get fired up, going into hostile territory in Scotland, where the support of the game is extremely enthusiastic. You never know.’’

Norman wouldn’t go out on a limb completely, though, adding, “I think the Europeans will probably nudge them.’’

It’s a nice sentiment. It gives us a reason to watch. Even though the deck seems stacked against the American, this wouldn’t be the first time that underdogs have had plenty of bite as well as bark in the world’s most important team matches.

Put me down with Norman: I expect the Euros to nudge the Americans in a surprisingly competitive Ryder Cup.

For more Ryder Cup, including a breakdown of the key six holes, check out this APosition e-magazine. . .